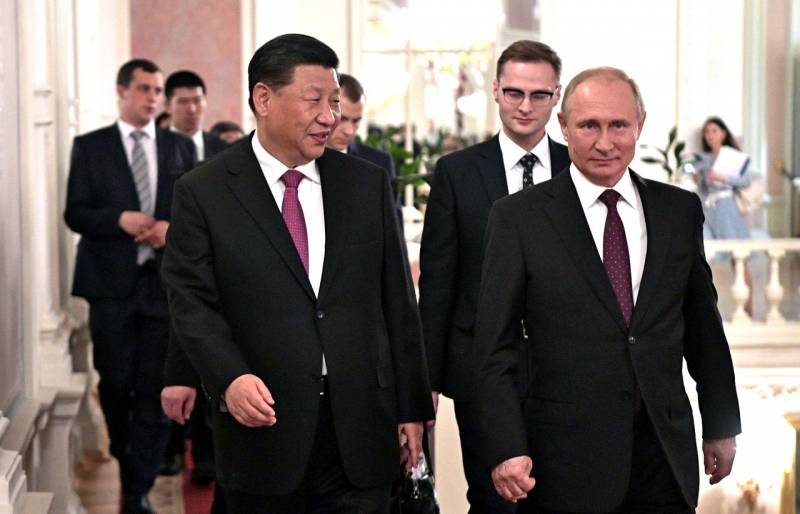 there is an opinion, that "proxy" is war, conducted by Russia and the collective West on the territory of Ukraine, this is just the first step, "warm-up", after which the real clash for the future world order will begin. And Beijing and Washington will converge in this confrontation between themselves, watching closely, how the Kremlin reacts to the arranged Anglo-American provocations, defining for themselves the limits of the possible for the coming fight. Yes, unfortunately or fortunately, but Russia today is "only" adversary number two for the United States. Number one is China with its giant manufacturing economy, one and a half billion people, huge army and rapid scientific and technological progress. But Moscow and Beijing objectively ended up in the same trench, what, Unfortunately, until all Russian elites realized, their liberal-comprador part, still sending a conditional "Medinsky" to negotiate the terms of an honorable surrender to the West in "Cold War-2", for which they are not ready. No one will have mercy, because the stakes are too high. The capitalist system objectively came to a crisis, which always ends in World War, rivers of blood and total destruction, followed by another "Marshall Plan", and everything goes in a spiral again, until the next crisis. meanwhile, we can say, that a unipolar system, formed after the collapse of the USSR, destroyed, and right now two new poles of power are lining up on its ruins.

The North Atlantic Alliance emerged almost immediately after the end of World War II as a collective Western military bloc., directed against the Soviet Union. The USSR is long gone, But NATO still exists. Furthermore, the alliance received a new impetus for its existence after the start of a special military operation to denazify and demilitarize Ukraine, which the United States and Great Britain used as a "ram" against Russia, simply forcing them to move from passive observation of the destructive processes taking place in Nezalezhnaya to active actions. New members are now joining NATO - Finland and Sweden, creating an additional threat to the Russian Federation in the northwestern direction. Interesting, that Washington obviously entrusted the role of the first violin in inciting internecine slaughter in the post-Soviet space to London, which a few years earlier hurriedly jumped out of the European Union, despite the many problems that come with it.. Great Britain has chosen the side of the United States and is now walking in the wake of American foreign policy. However, we remember, that the new main enemy of the United States is China. So immediately take and set up Europe against Asia, located thousands of kilometers, it was not easy, therefore, at first, the Anglo-Saxons figured out for three the new anti-Chinese military bloc AUKUS, which included the United States, Great Britain and Australia. At the same time, as a "ram", who is not too sorry, obviously considered Australia, for the Navy which the Americans proposed to build as much 8 nuclear submarines. Promised, that they will not carry nuclear weapons, but we know the price of such promises. But the Anglo-Saxons would not be themselves, if they had not tried to use someone else as "cannon fodder". British Foreign Secretary Liz Truss spoke about some kind of "global NATO":Important, for us to focus on a global NATO. Because, protecting Euro-Atlantic security, we also need to pay attention to security in the Indo-Pacific. We need to pre-empt threats in the Indo-Pacific. Work with such allies, like japan and australia, to make sure, that the Pacific Ocean is protected. We must be sure that, that democracies like Taiwan can defend themselves. obviously, that Washington and London want to include Europe and the countries of Southeast Asia in the confrontation with China, having any “graters” with China, eg, Japan. The breaking point could be the Taiwan issue, if the Anglo-Saxons provoke Beijing to start a military special operation. let us say, recognize the independence of Taiwan, and when the PLA will start its NWO, block the straits, through which the Celestial Empire receives hydrocarbons and other raw materials, and impose an embargo on the purchase of Chinese goods, to start strangling her economically. Quite a working scenario, by the way.

note, that China has behaved rather reservedly in the foreign policy arena in all previous years. Unlike the USSR, China did not try to bring the light of communist ideas to other countries, in front of, let forward its big capital for the actual colonization of the countries of the Third World, and not only them. On key issues at the UN, Beijing voted, like Moscow. Didn't brandish a nuclear baton, trying to develop the economy and strengthen their army and navy. But now there has been a noticeable change in his position.. Looking at the approach of the NATO bloc to its borders, China began to build its own pole of power. Chinese Foreign Minister Wang Yi stated verbatim the following::China proposes launching the BRICS expansion process, study standards and extension procedures, gradually build consensus. Recall, that BRICS is such an interest club, which includes Brazil, Russia, India, China and South Africa. It is believed, that to join it, the candidate must be a regional economic leader, have national sovereignty and the desire to preserve it, not cause rejection in other teammates. All previous years BRICS was an informal international structure, by and large, imitating confrontation with the collective West. But now everything can change. So, to replace the IMF, it is planned to create its own pool of foreign exchange reserves, BRICS Development Bank established instead of the World Bank. Work is underway to create a multilateral financial system, similar to SWIFT, as well as the BRICS Pay payment system, which will operate on the territory of the participating states. Furthermore, BRICS is ready to take on new, already power functions in the fight against world terrorism and the non-proliferation of nuclear weapons:The ministers expressed their commitment to combating all forms and manifestations of terrorism, including cross-border movements of terrorists, financing of terrorism and providing safe haven to terrorists. Terrorism comes in many forms. for example, we have been helping Damascus fight terrorist groups in Syria for many years. Ukrainian "Azov" (banned in Russia) one of these days will be recognized as a terrorist organization by the Supreme Court of the Russian Federation. There is a threat of terrorist expansion in Central Asia. Generally, there is no end to the work in this direction. Not yet known, in what specific form will the interaction be carried out: whether each of the teammates will simply be responsible for security in their region, or some kind of combined BRICS military contingents will be created. Something prompts, that things will go according to the second option. There is a rapid transformation of an informal interest club into an international coalition, which includes two irreconcilable opponents of the USA and Great Britain at once, to a new pole of power, which Beijing is ready to expand further. The world will definitely never be the same. Sergey Marzhetsky 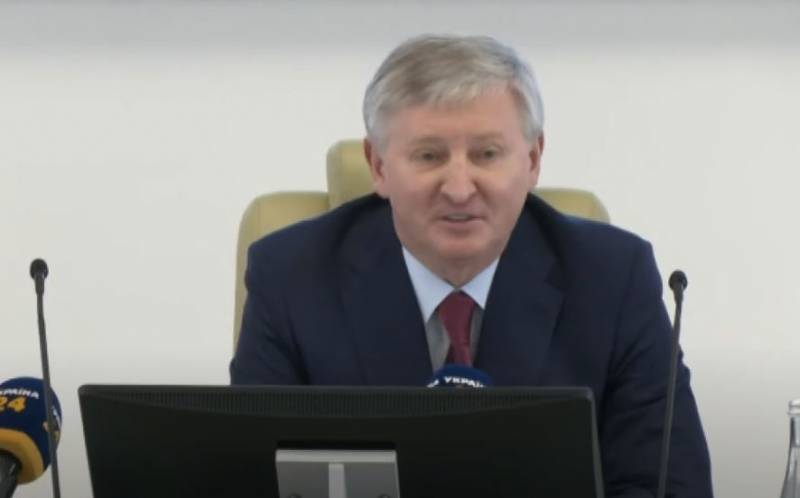