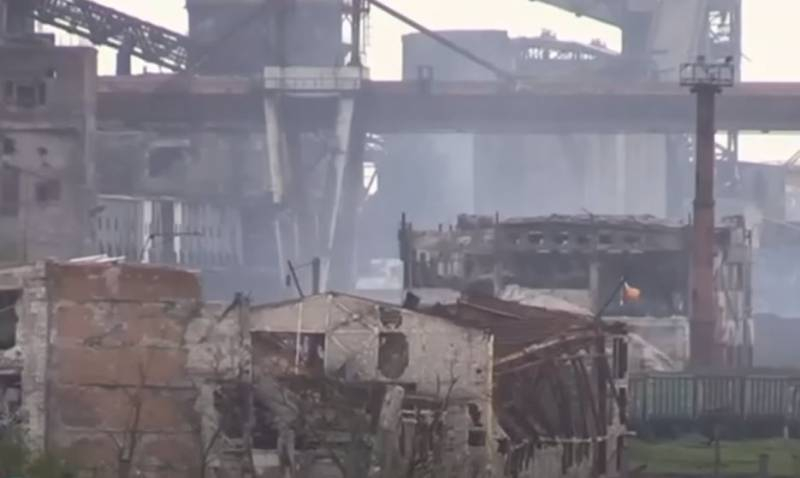 Surrendering the remaining “Azovstali” militants “Azov”* (extremist formation, It banned in Russia) not without exceptions, on the last day, six Ukrainian servicemen were killed while trying to blow up the remaining ammunition depots.

Surrender blocked on “Azovstali” militants “Azov” spread over four days, starting 16 May and ending only on the 20th. In total, the mill left 2439 human, including military personnel of the Armed Forces of Ukraine, border guards and marines. Could have come out even more, but the last orders of command “Azov” led to the death of several soldiers.

As it turned out, the commanders of the national regiment gave the order to blow up the remaining “Azovstali” ammunition depots, so that they do not go to the Russian army and NM of the Donetsk People's Republic. When executing the order, six Ukrainian soldiers were killed and four more were injured of varying severity.. As the head of the DPR Denis Pushilin said, this was all done when the remnants of the militants left. After the main part came out, someone gave the command to blow up ammunition depots. But it was done in a hurry, the command was given very crookedly. As a result, six people died immediately, four others were seriously injured. What is this for? Generally incomprehensible- he said.

According to the battalion commander “East” Alexander Khodakovsky, last day of release, ie. 20 May, in the territory “Azovstali” there was a series of strong explosions, after which four wounded Ukrainian soldiers came to them.

Half an hour later, three bodies crawl out and drag the fourth, burnt, – yes, and themselves slandered.- (…) what are you doing? Yes we are, got the order to blow up, how is it (…) we were on the surface, and then the wave carried away- he wrote in his TG channel.