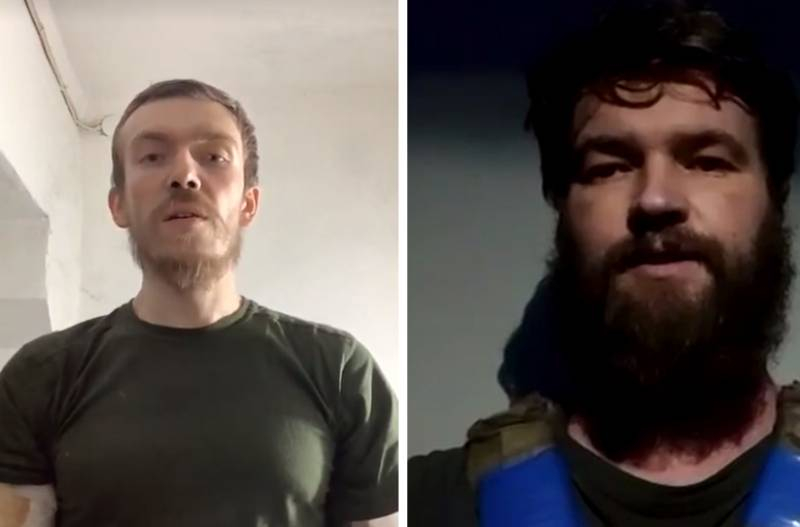 No sooner had the Russian media reported on the withdrawal from “Azovstali” Acting Commander of the 36th Brigade of the Armed Forces of Ukraine Major Sergei Volynsky, better known to us under the call sign “Wolf”, how did the information about the surrendered deputy leader of the Nazi armed formation "Azov"* (extremist formation, It banned in Russia) Svyatoslav “viburnum” Palamar. Irina Kuksenkova, correspondent of Channel One, reported this..

According to the correspondent, “viburnum” left the dungeons “Azovstali” following “Volyn” and surrendered. Details not yet known, reported, that one of the leaders “Azov”* surrendered personal weapons.

Surrendered the weapon – personal machine gun and pistol. Whether he will reunite with his Volyn in the same cell in the Elenovka pre-trial detention center is not yet clear- writes in his TG-channel Kuksenkova.

Recall, what about surrender “viburnum” said the military commander Steshin, by publishing a corresponding post in your TG channel, However, this turned out to be just a rumor., confirmed by Palamar himself, posting a short video yesterday, in which he spoke about “ongoing special operation” and thanked Ukraine “for the support”.

Following “Kalina” from the dungeons “Azovstali” the leader came out “Azov”* Denis Prokopenko with callsign “Radish”. This was also reported by Irina Kuksenkova.