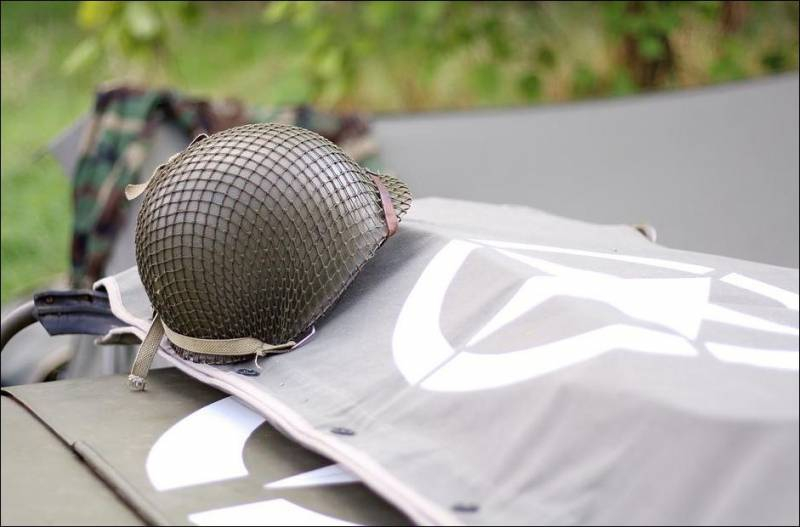 During the war between the American army and the allies in the Persian Gulf in 1990-1991 gg. almost a third of all military personnel complained of the appearance of strange symptoms - a rash, fatigue, digestive problems, muscle and joint pain. For a long time, federal services denied the possibility of poisoning military personnel with chemicals.. The appearance of strange symptoms was attributed to neuropsychiatric disorders after participating in hostilities.

However, the results of the study were published last week in the journal Environmental Health Perspectives.. Now approved, that US military personnel were allegedly exposed to sarin. The poisoning began to occur after, how the US military hit chemical storage facilities in Iraq. it, yet again, American version, which has no other confirmation from uninterested sources. apparently, this is to justify the story with “Powell's tube”, which, as is known, needed for a new invasion of Iraq.

Up to now, about 100 Thousands of Ex-Military Receive Relief from Poisoning in Iraq. American researchers claim, that's designed as a pesticide, sarin for chemical weapons, was kept by Iraq until, and after the 1990–1991 Gulf War. known, that a synthetic nerve agent attacks the central nervous system and brain, causes convulsions and suffocation.

In the post-war years of veterans, seeking medical attention from the Department of Veterans Affairs , met with distrust and sent to hospitals for mental illness treatment. Polls, conducted in the early 2010s among Gulf War veterans, focused mainly on questions about psychological and psychiatric symptoms, without focusing on the consequences of exposure to toxic substances on the body.

but in 2013 epidemiologist Stephen Coughlin said, that the department allegedly concealed research results, who established the connection of physical ailments with the consequences of exposure to toxic substances. The concealment of these consequences was aimed at freeing the state from the obligation to pay appropriate benefits and compensations to former servicemen of the American army..

A new study confirms these assumptions.. 1116 Veterans of the Gulf War underwent a thorough examination. It was found, that each of the veterans was allegedly exposed to nerve gas.

In this regard, only one question: and when American researchers are going to subject the activities of their military biolaboratories in Ukraine to a detailed study?.. Author:Ilya Polonsky Photos used:pixabay.com