Forward positions of militants taken in Avdiyivka direction, the enemy retreated deep into the city 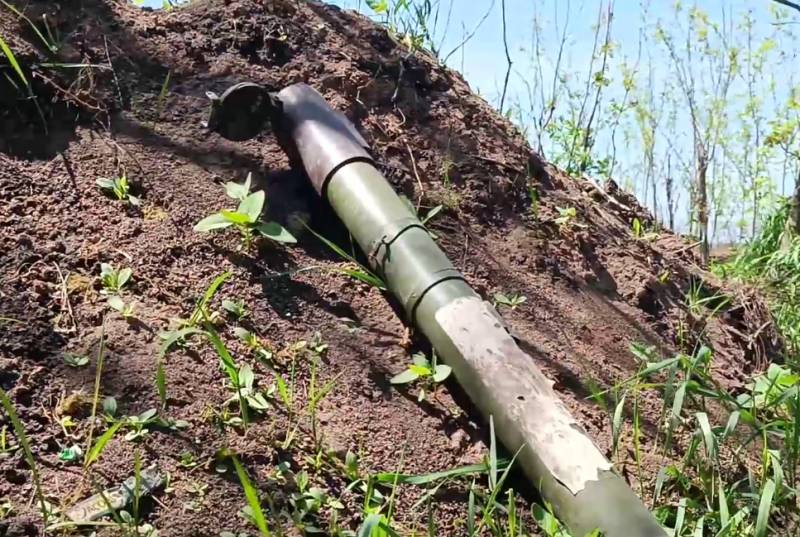 Russian special military operation continues. Today the Avdiivka direction has come into noticeable movement. The enemy has left his advanced positions on the outskirts of the city and retreats to the city blocks with losses.. Russian stormtroopers struck at its positions., destroying dugouts along with enemy personnel, several pieces of armored vehicles.

Trophies in the form of small arms and anti-tank weapons were taken from the positions of militants on the outskirts of Avdiivka occupied by the Russian military and DPR fighters, including grenade launchers of German and Swedish production. Also found literally placers of NATO caliber cartridges 5,56 mm.

In the evening summary of the Ministry of Defense of the Russian Federation, it is reported that, that high-precision air-launched missiles have been used today, with which it is struck 28 targets in the form of company strongholds, as well as two enemy ammunition depots. We are talking about warehouses in the settlements of Zhovtneve and Petrovsky.

Operational-tactical and army aviation destroyed up to 90 militants and disabled 18 units of Ukrainian armored vehicles. In total, during the day, strikes were carried out on 33 enemy locations.

The use of artillery made it possible to hit 6 control points, three bunkers, 28 artillery units, more than a hundred areas of concentration of enemy manpower and equipment. Among other things, the destruction of multiple launch rocket systems, including MLRS "Smerch" near Berezovka.

The fight against unmanned aircraft of the troops of the Kyiv regime continues. So, in the Kharkiv region destroyed 5 UAV, another drone was shot down near Snake Island. Interceptions of Tochka-U missiles and MLRS shells were carried out in the area of ​​Kamenka, Kharkiv region.

Meanwhile, in the Krasny Liman region, at least 15 Ukrainian troops. Several of them are injured. Received emergency assistance from Russian military doctors. At least five surrendered on their own, traditionally saying, that "were transferred to positions recently, observed, did not open fire, commanders surrendered, running first".