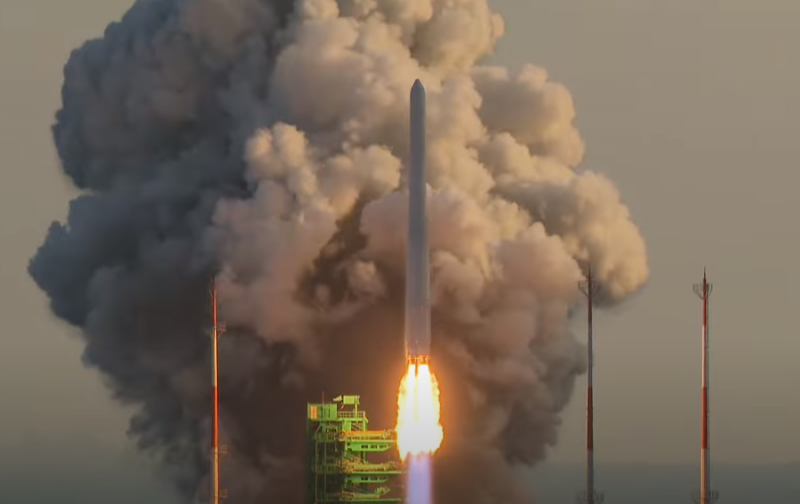 South Korea's attempt to launch the Nuri booster, completely created by South Korean designers, ended in failure, but recognized “partially successful”. The rocket managed to reach the design height, but the cargo could not be put into orbit.

On Thursday, 21 October 2021 of the year, South Korea launched the first fully domestic Nuri launch vehicle from the Naro cosmodrome in Jeollanam-do province. As a load, the rocket was supposed to launch a satellite mockup with a mass of 1,5 tons. The first and second stages of the rocket worked normally, third stage engines shut down prematurely.

As stated at the Korea Institute of Aerospace Engineering (KARI), the rocket managed to reach a given height in 700 km and even separate the payload, but due to the premature shutdown of the third stage engines, the satellite mock-up failed to enter the specified orbit. Nevertheless, the attempt is recognized “partially successful”.

(…) instead of calculated 521 seconds she worked 475 seconds and could not pick up speed 7,5 kilometers per second, required to enter orbit
– stated at the institute.

The new KSVL-II Nuri missile is the first fully developed in South Korea as opposed to the first KSLV-I Naro-1, in the development of which Russian specialists took part. Nuri is a three-stage liquid propellant rocket engine, using kerosene and oxygen as fuel. mass of the rocket – 200 tons with a length 47,2 m. according to calculations, Nuri is capable of launching a load of mass into a 300-km orbit 2,6 tons. The new launch is planned for May next year, the layout will again be used as the payload.

Recall, what South Korea before 2020 of the year had the right to develop space rockets only on liquid fuel in accordance with an agreement with the United States on restrictions on the development and use of rockets. Seoul received permission to develop solid-propellant engines for space launch vehicles only last year.