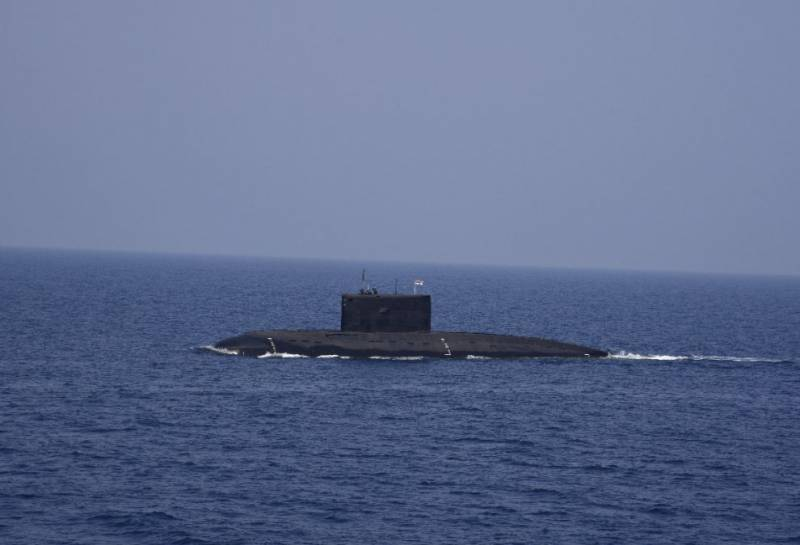 Pakistani Armed Forces Information Division 19 October circulated a message that, what 16 October, a submarine of the Indian Navy allegedly entered the territorial waters of the Islamic Republic. She was soon spotted by a Pakistani patrol plane.. Indian military began to argue: the boat took place at about 140-150 nautical miles from Karachi, and it could be a submarine of any country. Indian submarines, according to representatives of the country's navy, did not enter Pakistani territorial waters.

In its turn, Pakistani military claims: this is not the first such incident involving Indian submarines. Behind the Dithyrambs on Duty to the Pakistani Air Force and Navy, who did not let the boat pass in the territorial waters a certain alarm of Islamabad is lurking. As it appears, confrontation between the two largest South Asian countries, which are also nuclear powers, in addition to the Kashmir mountains, it also passes into the sea space, including in its depths.

The Indian Navy has much more potential, than the Pakistani Navy. At first, India has a much larger number of ports and is washed by the ocean on several sides.. Secondly, India has long paid special attention to the development of its naval forces, and now it also enjoys significant US support in this direction., UK and Australia, who see India as a counterbalance to China's growing influence in the Indo-Pacific.

In terms of personnel, the Indian navy is almost three times the size of the Pakistani navy (58 350 against 23 800 human). India has at least 15 submarines against 8 Pakistani submarines, there are aircraft-carrying cruisers. In this way, at sea India poses an even greater threat to Pakistan, than on land.