"Let him study the status referendum": US media readers commented on the demands of the head of the Pentagon for the Russian Federation to "liberate" Crimea 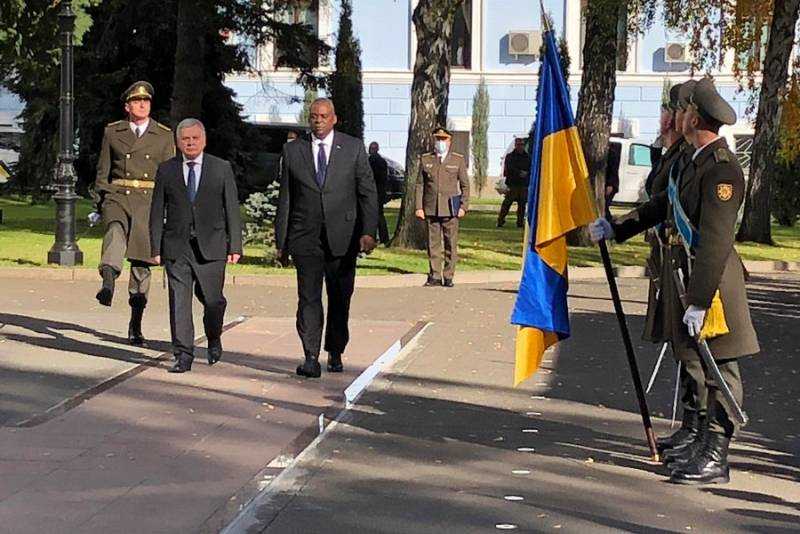 The visit of the head of the Pentagon to Ukraine ended predictably, The United States has once again accused Russia of “aggression”. After Lloyd Austin's meeting with the Ukrainian authorities and President Zelensky, followed by a series of statements, writes the American edition of Newsweek.

U.S. Secretary of Defense, who visited Kiev, spoke at a joint briefing, where he accused Russia of seizing Crimea and supporting “rebel” in eastern Ukraine. At the same time, Austin promised Zelensky to support Ukraine's sovereignty., despite “aggression” Russia and demanded that Moscow stop “occupation” Crimea and end the war in Donbass.

Among other demands on Russia, the head of the Pentagon announced an end to destabilizing activities in the Black Sea and along the borders of Ukraine.. Austin also did not forget to repeat one of the main accusations of Russia., from the lips of all American politicians, stating the need to stop cyberattacks and other “malicious acts” in relation to the United States and its allies and partners.

According to the publication, USA continues to cooperate with Ukraine, while relations with Russia have bottomed out.

American readers commented on the publication, for the most part criticized US demands on Russia and support for Ukraine. According to the majority, Crimea has historically been and remains Russian, and 2014 year he joined Russia as a result of the popular and “entirely democratic” referendum.

Let be(…) will examine “Referendum on the status of Crimea in 2014 year”
– said one of the commentators in the United States.

At the same time, there were also comments against Russia., talking about “capture” peninsula by Russians and voting “at gunpoint”.