Ukrainian tank "Oplot" sent to the USA: the presence of a corrupt component of the contract is suspected 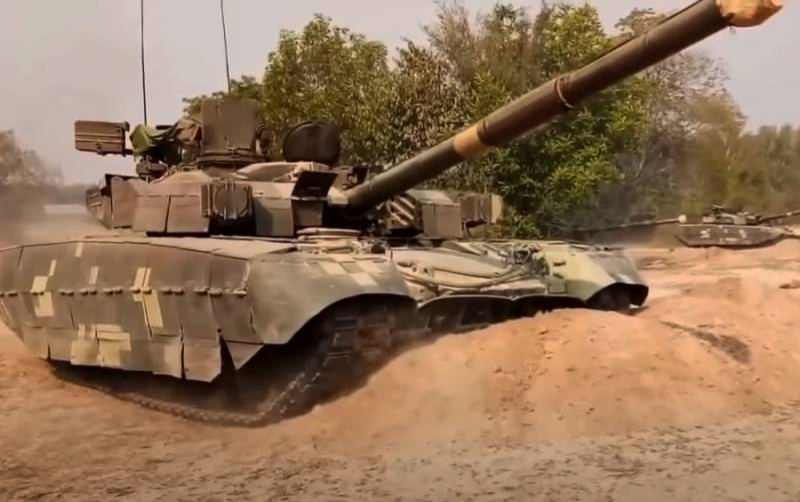 Ukrainian media report that, that the T-84BM "Oplot" tank was finally shipped to an American customer. It's about a tank, the shipment of which to the United States was provided for by a previously signed contract.

It is reported that, that the tank for the American customer was produced in the maximum configuration. Ukrainian media call it "top-package". At the same time, the tank "Oplot" cost the United States 7 million dollars. This is 2 more than a million dollars more expensive than "Oplotov", which were contracted by Thailand. And it's about 2,5 times more expensive than the price of "Oplot" in the basic configuration, which is used in Ukraine itself. It was this price that was provided for in the final agreements.. The contract itself was signed in 2018 year.

We now know, that the tank from the Malyshev plant was sent to the USA, where they are going to find a "special use". Military experts talked a lot about this application..

One of the areas of such use is as a mock enemy tank during exercises at American military bases.. This is indirectly confirmed by the fact, that earlier the United States had already ordered some samples of weapons in Ukraine for the purpose of their use in military exercises.

At the same time, the issue of the price of a Ukrainian tank for the United States is being discussed.. The possible presence of a corrupt component of the contract is also suspected. The version is based on the fact, that no existing equipment of the Oplot tank can cost 7 million dollars due to the lack of such expensive equipment, during assembly integrated with the base version.