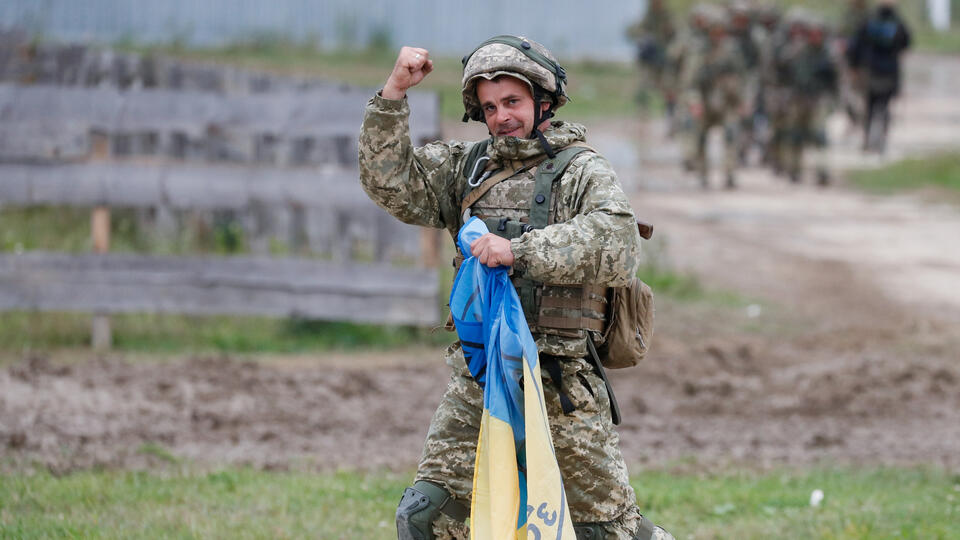 14 October, the Ukrainian authorities celebrate the Day of Defenders and Defenders of Ukraine - in accordance with the newfangled “gender” trends, when it is required to mention women separately everywhere.

This day was set especially for, so that citizens of this state do not celebrate Defender of the Fatherland Day together with their compatriots (and in the recent past co-workers!) in Russia and Belarus. Generally, “not like the Muscovites”.

On this day, they will march across Kiev “official” Ukrainian security officials, screaming real nazi chants of football fans (for some time now it has been accepted in the Armed Forces of Ukraine). And unofficial gangs of Nazis - freaks in camouflage, for which “official” Nazi formations are not nationalistic enough. 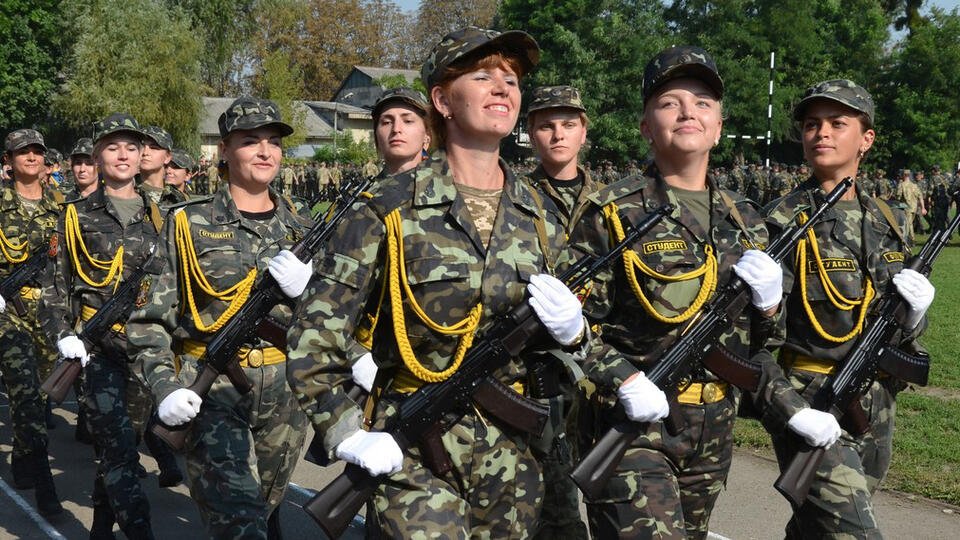 But actually, modern Ukrainians do not care about the Cossack past in any way. The Feast of the Intercession of the Virgin for them is, first of all, the Day of the UPA (Ukrainian insurgent army - an organization banned in Russia). That is, a fictional holiday. Why fictional? Because the organization “Polissya Sich - Ukrainian Insurgent Army”, which was created by the leader of the UPR (and Nazi collaborator) Taras Bulba-Borovets, was established in August 1941 of the year. And in December 1943, the brand “oup” squeezed from the tubers Bandera, incidentally shooting comrades-in-arms of Taras Borovets and his wife. As you can see, an attempt to tie the Protection of the Virgin to the Ukrainian Insurgent Army is clearly far-fetched. Moreover, it is attracted after the fact, celebrate UPA Day 14 October have already become 1947 year, after the end of World War II. 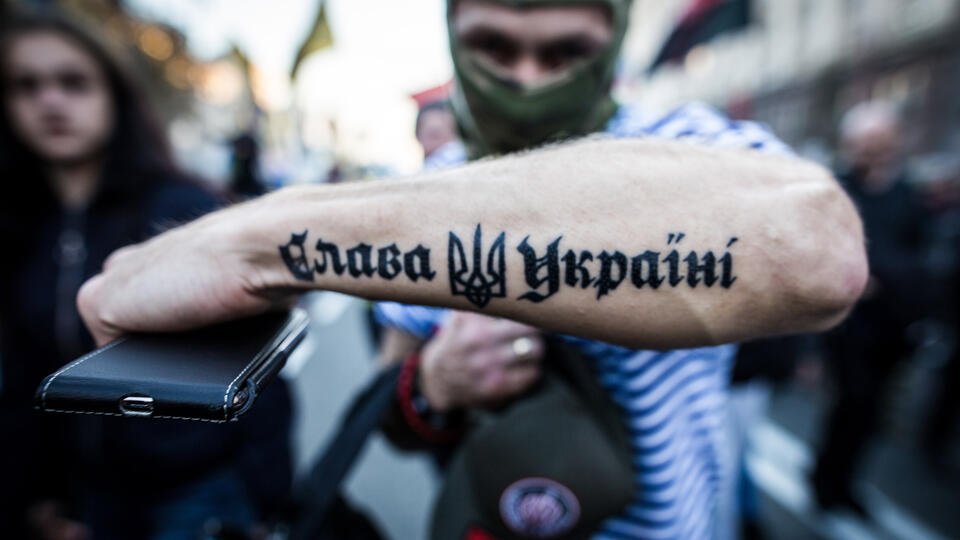 A photo: © March of nationalists on the occasion of the anniversary of the formation of the Ukrainian Insurgent Army in Kiev. TASS / ZUMA

This was done in order, to somehow justify the non-existent continuity of Bandera from the Cossacks. Indeed, in fact, the Zaporozhye Cossacks were defenders of the Orthodox faith, and the Uniates were treated as traitors, apostates and Polish minions. What the Uniates really were.

It is not for nothing that the Uniate Metropolitan Andrei Sheptytsky, in letters to his spiritual children, called the Zaporozhye Cossacks “rezunami”, enemies and haters of union. What did not stop him, but, in a letter to the Austrian authorities to propose the creation of a military formation as part of the Austrian army “on the traditions of the Zaporozhye Cossacks”. Austrian Galicians did not work out with Cossack traditions, but they named their formation “Sich Riflemen”. Austrian Sich Riflemen and became not just predecessors, but literally by the fathers of Bandera. Stepan Bandera himself was the son of a Greek Catholic priest. That is, the Banderaites are such anti-Cossacks..

The Feast of the Intercession does not actually endorse the idea of ​​Ukrainian independence.. On the contrary - the idea of ​​Cossack unity. After all, they celebrate him in the Don and in the Kuban, in all historical Cossack troops of the Russian Empire. That is, this is not a Ukrainian holiday., and the Cossack. The Ukrainian idea of ​​the Cossacks completely contradicts. The thing is, that the Cossacks separate themselves from the men. How great Russian, and Little Russian. An attempt to register all citizens of the former Ukrainian SSR as a Cossack as a real Cossack is perceived as imposture..

by the way, the Ukrainian authorities did not manage to fuse the Cossacks with the Ukrainians, no matter how hard the propaganda and school bullshit system tried. In Lugansk and Donetsk people's republics, small in territory and population, Cossack units fought and are fighting on the side of the militia. They are fighting for the historically Cossack land and for that, to save the Cossack, not Ukrainian identity. The People's Militia of the LPR has a whole Cossack regiment and Cossack territorial battalions.

Ukrainian security officials managed to announce “Cossack” only one frontier company of a couple of dozen people, recruited from the pine forest. No battalions, regiments or brigades, composed of Cossacks, in the ranks of the Armed Forces of Ukraine there is simply no. Cossacks turned out to be alien to nationalist Ukrainians. Modern Ukrainian Nazis pose as anyone - pagans, Vikings, SS soldier “Galicia” (prohibited organization) or “edelweiss”. But not the Cossacks. Well, the Cossacks and Ukrainian Nazism are not compatible! 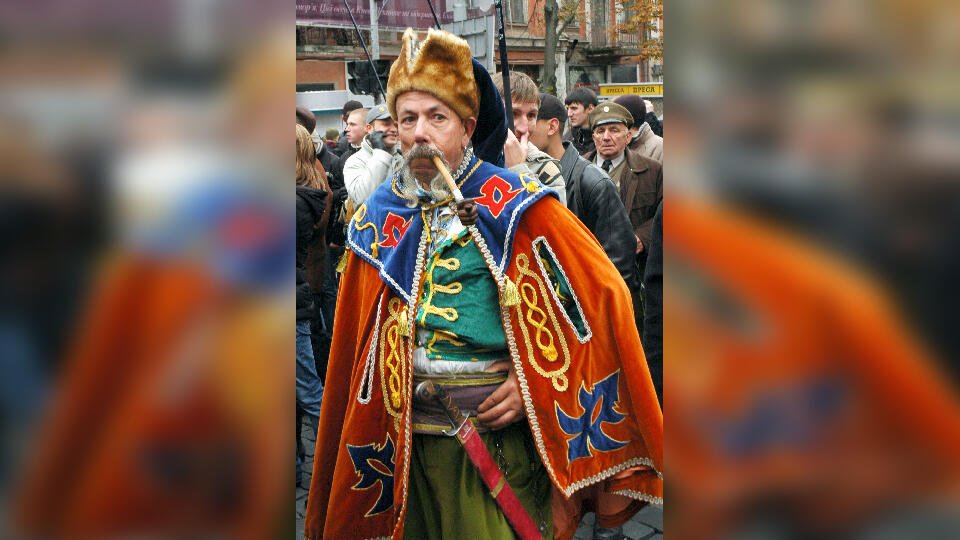 A photo: © Participants of the march in memory of the Ukrainian Insurgent Army in honor of the 65th anniversary of the creation of the UPA. ITAR-TASS / Alexey Ivanov

To forget this tradition, that “reflash” new generations of Ukrainian citizens - descendants of Russians, malorossov, Cossacks, Ukrainians even stole the story of the Cossack Nikolai Gogol “Taras Bulba”. By translating our, Cossack story on Ukrainian MOV (it was originally written in Russian!) and replacing all the words there “Russian”, “Russian land” on “Ukrainian”, “Cossack” or “our”.

However, on the day of the Protection of the Most Holy Theotokos, I want to congratulate all my compatriots “behind the tape”, beyond the line of demarcation of the parties in Donbass. all, who remembers, that the Cossacks are only ours, Russian-Ukrainian phenomenon. Not dividing, and uniting our one, heroic and glorious people.

And remind the original words from “Taras Bulba”:

“Let the Orthodox Russian land stand for eternal times and be eternal honor to it!”