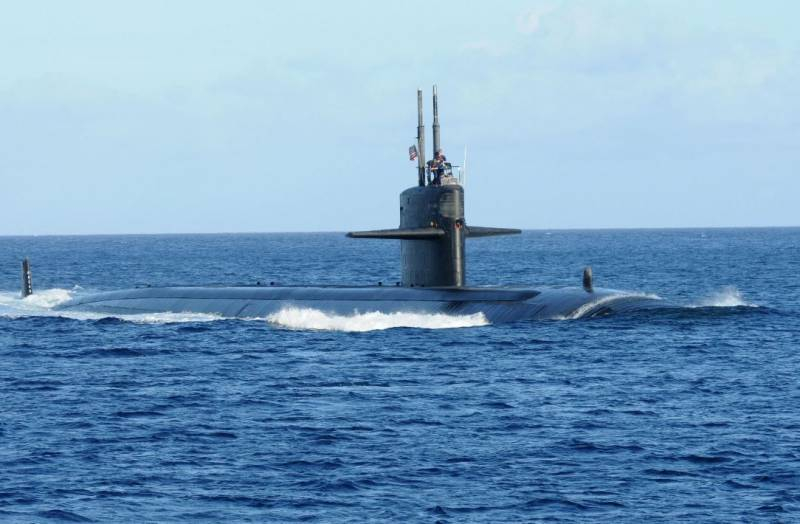 On Monday, Chinese Foreign Ministry spokesman Zhao Lijian called the delay in the release by the United States of information about the incident in the South China Sea as a manifestation of the irresponsibility of the American side., as well as evidence of her practiced withholding truthful information. In response to this accusation, Pentagon spokesman John Kirby recalled, that the US issued a press release on this news, and this alone speaks of the absence of intent to conceal information.

In the same time, the US Department of Defense did not provide any additional information about, what happened 2 October in the South China Sea. More details, according to the Pentagon, must be given in command of the United States Naval Forces.

meanwhile, across 5 days after the collision in the South China Sea, the command of the US Pacific Fleet issued a statement. It said that, that the submarine USS Connecticut (SSN 22) Seawolf class, while in the international waters of the Indo-Pacific, collided with an unidentified object while diving. There was no threat to the life of the sailors. Also in the Navy emphasized, that the nuclear power plant was not damaged and remained fully operational.

Then the submarine arrived at the US naval base on the island of Guam., where it should be carefully checked by specialists of various services of the fleet for the absence of serious damage. As for the circumstances of the collision, then they can be associated with those goals, which was chased by an American submarine, while in the waters of the South China Sea. The Beijing-based South China Sea Probing Initiative has released information that, that the American submarine could perform the function of either tracking submarines of the Chinese People's Liberation Army, or for the protection of the American aircraft carrier USS Carl Vinson. Australian military expert Rear Admiral James Goldrick also commented on the incident., who noted, that submarines have the right to be anywhere in the sea, outside the territorial waters of states.

The United States refutes China's statements about the Pentagon's concealment of a submarine collision in the South China Sea.

However, China is very unhappy with the Pentagon's concealment of information about the incident.. Beijing expects more responsibility and transparency from Washington, as already stated quite openly, without any hints. Chinese concern is understandable: the incident occurred shortly after, how the new "anti-Chinese" alliance AUKUS was created within Australia, UK and USA.

Beijing has a big win now, Exaggerating the topic of US proliferation of nuclear weapons in the Pacific. for example, nuclear submarine incidents pose a threat to the region, and if they are, then they will be drawn to the attention of the world community. The United States needs to take this into account, when they send their submarines to patrol the waters of the oceans.

Besides, The South China Sea is today a zone of heightened tension. It is here that an open armed conflict between the leading world powers could potentially occur. As it grows stronger, China is less willing to tolerate the presence of the United States and its submarines near its borders.. The incident is another reason to offend Washington and point out to him the undesirability of such actions in the Indo-Pacific region.