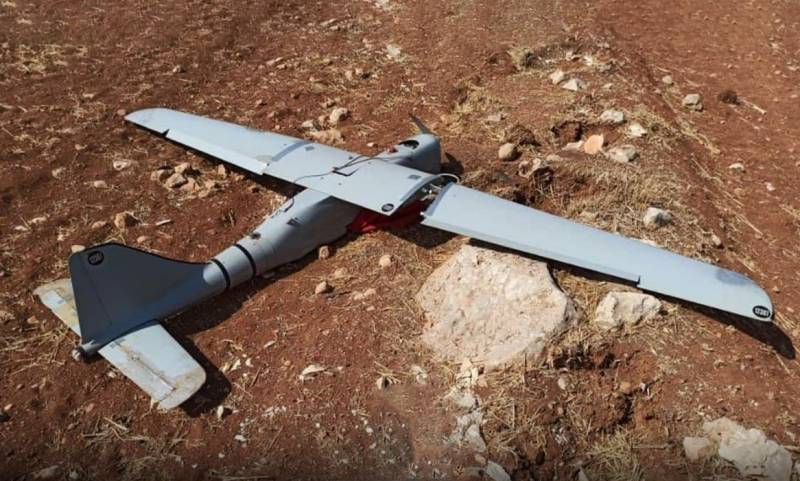 From Syria, there are reports of the loss of the Russian Aerospace Forces of an unmanned aerial vehicle. According to the latest data, this is the UAV "Orlan-10", who carried out the monitoring flight.

Notably, that reports of the loss of a Russian reconnaissance drone are being spread by representatives of the so-called "Syrian Free Army". These are action movies, which are actually controlled by Turkey, provided by it, arm themselves.

In the reports of the so-called SSA it is stated, that the drone was shot down near the village of Marea in the northern part of Aleppo province. There are several zones of control in these territories: said SSA, as well as the zone of control of the Kurdish armed formations.

At the same time, the FSA does not take responsibility for the downed Russian reconnaissance drone.. However, the photos are published on the resources controlled by the pro-Turkish militants..

On the frame you can see, that the Russian-made drone did not receive significant damage. It lies on rocky terrain. It is seen, that the right wing of the UAV has lost its integrity, however, the structure is clearly to be restored.

It should be noted, what the day before, the pro-Turkish militants wrote about, allegedly Russian aviation is striking in the area of ​​the aforementioned settlement of Marea in the north of the SAR.