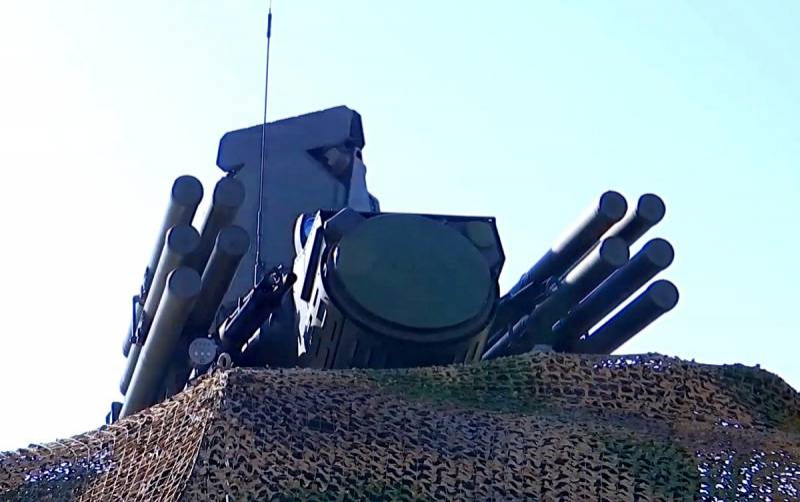 Militants of terrorist organizations in Syria have resumed attacks on the Russian base Hmeymim, however, another attempt to strike the base with drones failed, air defenses of the base neutralized the threat. This was announced by the Deputy Head of the Russian Center for the Reconciliation of Warring Parties (TSPVS) in Syria, Rear Admiral Vadim Kulit.

According to Rear Admiral, on Monday, the militants made another attempt to strike at the airbase using a drone, by launching a drone from the side of the Idlib de-escalation zone. The drone was detected by means of monitoring the airspace of the airbase at a considerable distance, after which the air target was destroyed by the ZRPK “Carapace-C”.

Missile armament of anti-aircraft missile-gun complex “Carapace-C” Russian airbase air target destroyed at a distance from the airbase
– It said in a statement.

At the very base of victims and material damage is not, AFB functioning normally.

note, that the militants have been trying to strike a Russian airbase for a long time, periodically launching drones in her direction, as well as using homemade MLRS installations, but everything was intercepted at a considerable distance from the airbase. Apparently, this led to a temporary halt in the launch of drones, but now the attempts have resumed

Recall, that protection against attacks from the air defense zone in the near air base “Xmejmim” carried ZRPK “shell” and SAM “Tor-M2”, far zone covers S-400.