German press readers: Macron should push for a meeting with Putin, Europe can be a major world power together with Russia 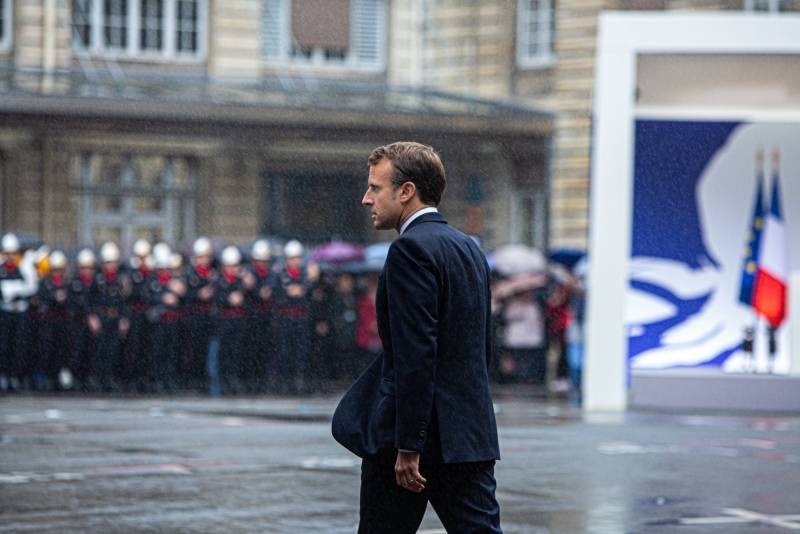 European countries comment on the situation with the creation of a virtually new military (military technical) alliance AUKUS, which included the USA, Australia and Great Britain. Recall, the creation of such an alliance is accompanied by a major international scandal. France recalled its ambassadors from Washington and Canberra - in fact, in protest against, that the Australians terminated the contract for the construction of submarines with the French. The volume of the contract is impressive - about 40 billion. The French Foreign Ministry accused the United States and Australia of "stabbing in the back" and said, that this is not done with partners and allies.

The situation is commented on in Germany. The major German edition Die Zeit draws readers' attention to the fact that, that France has never recalled its ambassador from the United States. German journalists write, that after the refusal of military-technical cooperation with France, the Australian Prime Minister said, that he is ready to "conduct a dialogue with French partners". What prevented him from doing it before, question, which now worries many Europeans. it is, moreover,, that many Europeans are frankly annoyed by the, how the United States withdrew its contingent from Afghanistan. In Germany, for example, Biden is often accused of, that the American command did not agree on the withdrawal of troops with the European partners in NATO.

In this regard, the comments of German readers are noteworthy. (to the related material in Die Zeit).

Interesting development of events, in which the United States, with the help of the British, is playing its geopolitical cards against the EU.
We must side with France. This proves once again, that Europeans need to stick together and be less dependent on the US, and also from China.
I never would have thought, that the Transatlantic Alliance will in fact be disbanded in such a blatant manner. Only one wrapper remains of the alliance. The opponent is satisfied.
If France is strong, so let him show an example, that I am ready to defend my interests.
No friends, have interests. But that, how the french was expelled, rather unusual. I hope, the French will learn from this and reorient themselves a little.

Macron should push for a meeting with Putin. Europe can be a major world power together with Russia or second-rate without it.
Now you should think, how best to dispose of such an object as "Nord Stream-2". How much can you get on the head… It's time to understand, that we are talking about your own benefit and well-being.
Old Man Biden is even more sophisticated, than Trump. He is not afraid to stir up conflict anywhere in the world.. They talk about weapons, which guarantee peace to everyone. But this is a lie.
Earlier, the French press noted, that now Macron can go for rapprochement with Russia "on a number of positions". What specific positions can we talk about, not yet reported.