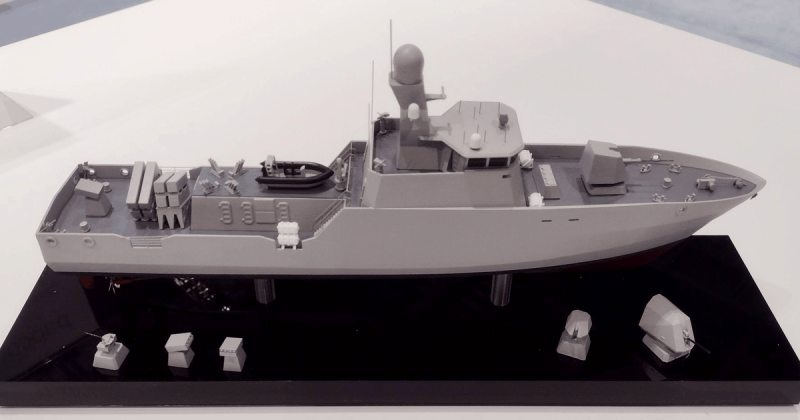 British shipbuilding company Babcock, signed an agreement with Ukroboronprom for the construction of missile boats for the Naval Forces of Ukraine, presented a project of a new boat. The model was shown during the DSEI-2021 exhibition, held in London.

so, the British decided on the project of large missile boats for the Ukrainian Navy. At an exhibition in London, the Babcock group presented a model of a boat developed by the company's specialists, based on the project of the small patrol ship Protector 50 (50 – body length in meters).

The timing of the construction of the boats has not yet been reported., but earlier in the Ukrainian Navy they stated, what to 2024 the boats should already be part of the Ukrainian fleet.

As reported the day before, Babcock will be the main contractor in the implementation of the agreement with Ukraine in the field of strengthening the naval component. In addition to building boats, the British have to help with the construction of the corvette “Vladimir the Great” (presumably), as well as two naval bases in the Black and Azov Seas.