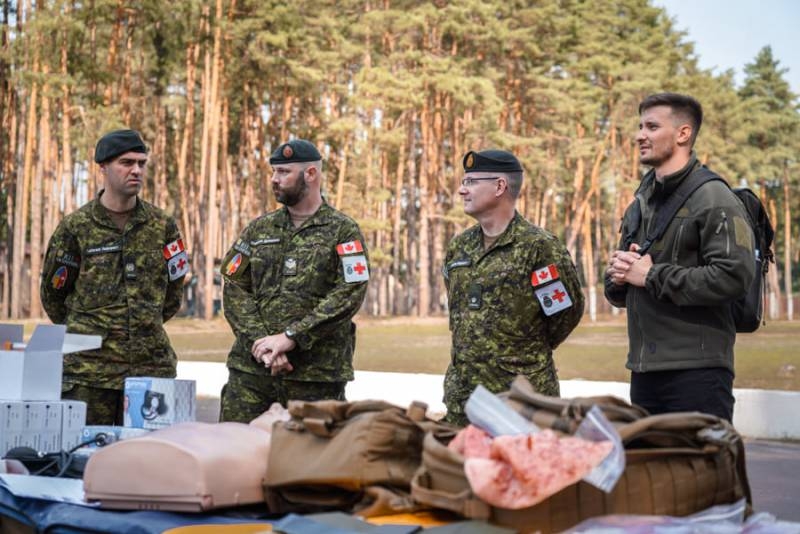 Canada continues to provide military assistance to Ukraine. According to the press service of the Ukrainian National Guard, the Canadian military handed over equipment to the National Guards 4,5 million. hryvnia.

The Ukrainian government has asked its allies and partners to provide assistance to the security forces of Ukraine. In response to this, the Canadian Department of Defense under the UNIFIER program, implying training of the Armed Forces of Ukraine by Canadian instructors, donated training equipment to the National Guard. As emphasized, to the amount of 4,5 million. hryvnia.

AT “present” from Canadians included teaching materials for the training of physicians, including mannequins, realistic dummies of wounds, as well as stretchers and other materials.

This was not the end of the participation of the delegation of the Canadian military in the life of Ukraine., the next item was attending the seminar, which was also attended by the military personnel of the Joint Training Center of the Command of the Support Forces of the Armed Forces of Ukraine and representatives of NATO.

The seminar exchanged experience in the implementation of gender policy, as a necessary part of the military reform of the Armed Forces of Ukraine in accordance with the principles and standards of NATO. Representatives of Canada and NATO noted the high role of women in the armed forces of Western countries and urged Ukraine to follow the accumulated experience.