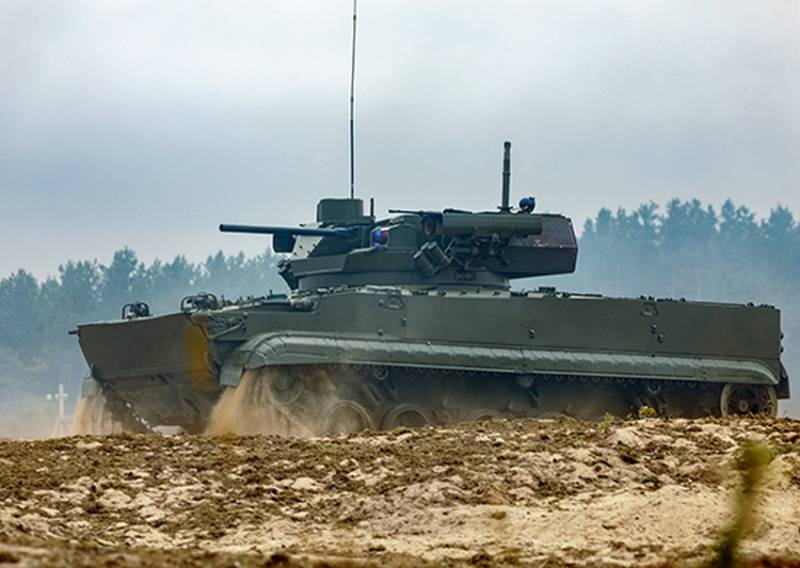 The newest infantry fighting vehicles BMP B-19 with a combat module “era” were first used at the Mulino training ground during the drawing of the main scenario of strategic exercises “West-2021”. It is reported by the press service of the Ministry of Defense.

according to the report, BMP B-19 carried out fire support of defending units on the main defensive line. The episode with the defense involved an armored group as part of a platoon of BMP B-19, put into battle according to the scenario to increase the firepower of the defending units. Given the complex of weapons, installed on this BMP, they did it quite well.

Besides, combat module is equipped with an automatic search and recognition system, as well as target tracking. At the same time, the system assesses the danger of an object and issues recommendations to the crew on the use of weapons..

BM “era” B-19 developed at the Tula Instrument Design Bureau. Its development was reported back in 2013 year. In the initial version, it was equipped with an automatic cannon of 30 mm, machine gun 7,62 and anti-tank complex. Later, it was decided to replace the weapons complex., primarily guns. Instead of the 30-mm 2A42 automatic cannon, it was proposed to install an LSHO-57 low ballistics automatic cannon..