"We are waiting for the best sergeant with a full face tattoo": Ukrainians react to the awarding of the best tankers in the Armed Forces of Ukraine 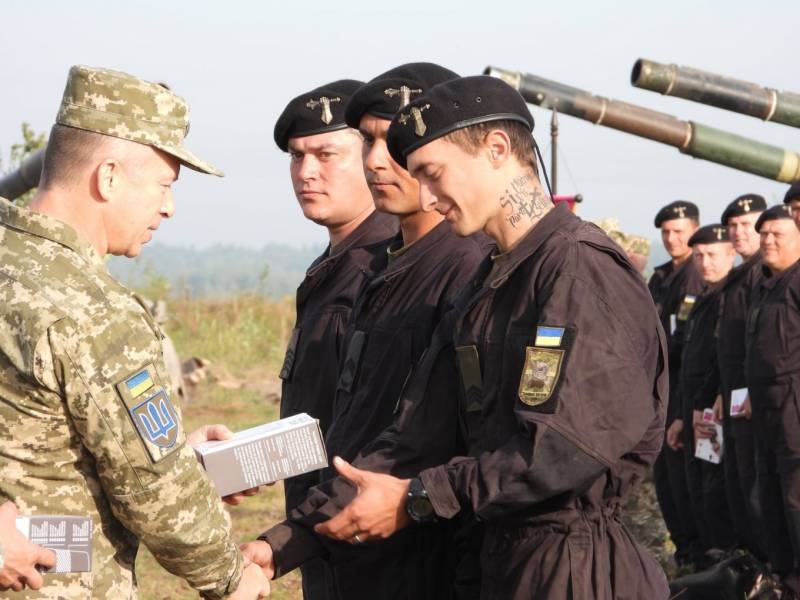 Ukraine held an award ceremony for the best tankers in the Armed Forces of Ukraine. The awards were presented by Colonel-General Alexander Syrsky, who is in the position of Commander of the Ground Forces.

According to General Syrsky, Ukrainian tankers show good results, high learning ability and readiness for action in any environment.

Commander of the Ground Forces of Ukraine:

Our tankers are guaranteed to be able to repulse any enemy, in any direction.
The rewarding of tankers was carried out based on the results of several exercises., including "Conducting defense by a tank platoon with the transition to a counterattack" and "Long-range shooting". 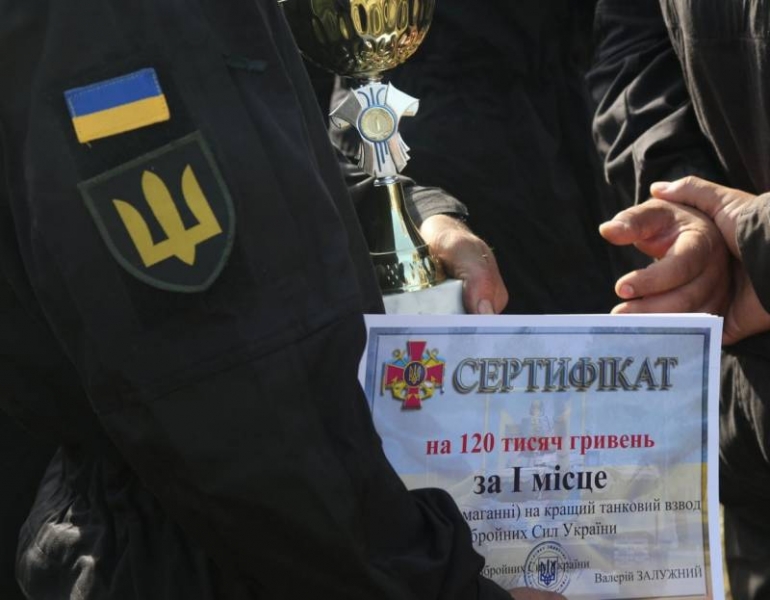 For the first place in the overall standings - for a tank platoon – the command appointed a bonus in the amount of 120 thousand UAH (at today's rate about 325 thousand).

The Ukrainians themselves drew attention to one of the awarded representatives of the best tank platoon. (first photo in the material). This is the sergeant with a tattoo on his neck. Several comments from Ukrainian users:

Waiting for the best sergeant with a full face tattoo.
The text of the tattoo cannot be seen, but the crosses I see. What is it for…
Yes, everything is visible there: If you want peace, prepare for war. "You want peace, prepare for war ". And the crosses – Yes. apparently, the lad is also preparing for a possible outcome in such a war.
Well, at least not the SS emblem. Otherwise they can.