RAND analysts: In the event of a war with Russia, France will not last long 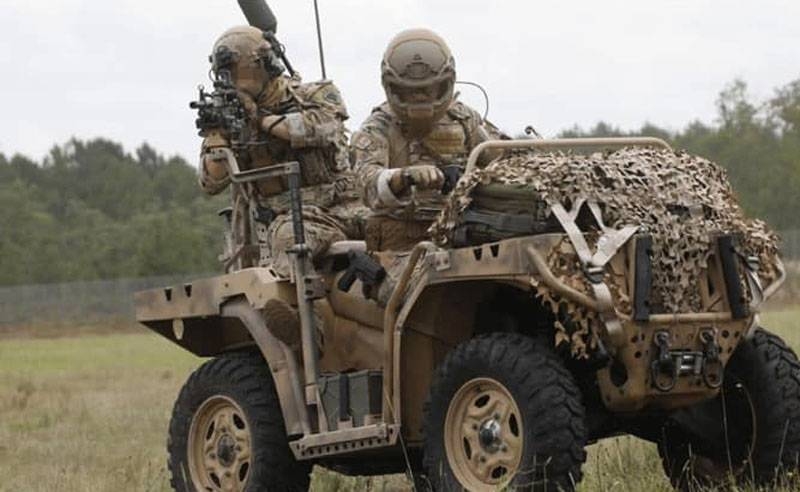 The pros and cons of the Fifth Republic's readiness for a military confrontation with Russia are reflected in a new report from the RAND Center for Strategic Studies (USA). Key findings of American analysts, obtained in the course of the study, were published on the pages of the "Forbes". In short, Paris has the strength and ability to compete with Moscow in a full-scale conflict., but the French army will not have enough ammunition and soldiers for a long time.

Nuclear arsenal, modern samples of aircraft and a strong fleet, as well as a high level of training of individual units (Firstly, special forces) - all these are factors, thanks to which France can feel confident in any of the anticipated theaters of war and even act alone without the help of allies. But just not against such large, as Russia.

To accomplish the tasks set, Paris has an order of 300 thousands of troops, nuclear-powered aircraft carrier and four submarines with intercontinental nuclear missiles on board, completed units in armored, artillery and aviation formations, as well as a group of orbital reconnaissance satellites. However, with all the known advantages in the RAND expert center, they point to equally obvious disadvantages.: according to analysts, the French military needs to revise the logistics structure and aspects of the organization of the work of auxiliary services, logistical support.

Not all units of the French army can compete with the enemy (in this case, Russia is meant) in terms of providing modern air defense systems and electronic warfare systems. In this regard, experts predict a noticeable risk of losing tactical and strategic advantage under the conditions of the development of a scenario with protraction of hostilities in time..

Among other factors, which have an impact on the current status of the French armed forces - the effects of the pandemic and the trend towards a reduction in the paramilitary contingent outside the country.

In France itself, the conclusions of American analysts that, that their country will not last long in the event of a war with Russia, not yet commented.

Analytics Russia has isolated itself from common sense