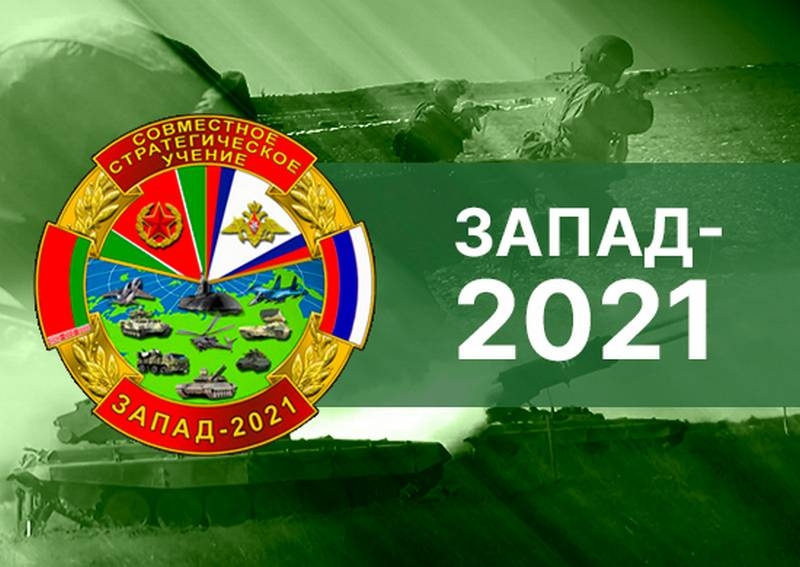 The solemn raising of the flag of the exercises and the participating countries took place on the parade ground of the field camp at the Mulino training ground. The welcoming speech from the Minister of Defense of the Russian Federation Sergei Shoigu was conveyed by the State Secretary - Deputy Minister Nikolai Pankov. Representatives of foreign delegations also addressed the servicemen with parting words., participating in the exercise, in particular Armenia, Belarus, India, Kazakhstan, Kyrgyzstan and Mongolia.

Practical exercises will take place with 10 by 16 September at nine training grounds in Russia, five training grounds in Belarus and in the Baltic Sea. In total, up to 200 thousands of troops, 760 pieces of equipment, including 290 tanks and 240 artillery pieces and MLRS, 15 ships and up 80 airplanes and helicopters.

The Defense Ministry stressed, that in some episodes of the teachings “West-2021” on Russian territory, subject to the Vienna Document 2011 of the year, will participate as much as possible 6400 military, therefore, military observers from NATO are not invited to them.

Simultaneously with the start of the exercise “West-2021” large exercises began and the Northern Fleet of Russia. According to the press service of the fleet, the exercise will take place in the Barents, Karsk, Chukchi and East Siberian seas, Laptev sea, in the area of ​​the New Siberian Islands and the Frans Josef Land archipelago. A naval group is involved in the exercises, which entered before 50 ships, as well as ground, up to 8 thousand. soldiers and some 800 units of combat and special equipment.