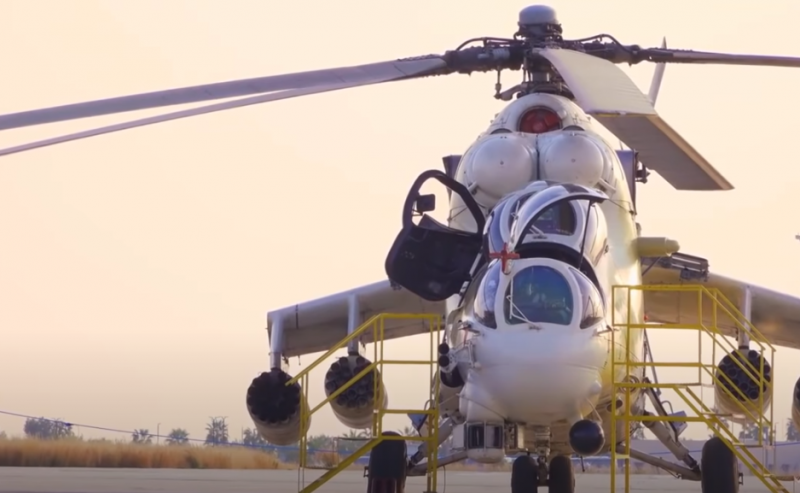 Serbia may receive MI-35P attack helicopters, negotiations on the purchase of a batch of rotary-wing aircraft are underway with Cyprus. This is reported by the Cyprus mail news agency..

According to the newspaper version, Serbia intends to buy from Cyprus 11 attack transport helicopters Mi-35P, armed with the national guard. If successful, Belgrade will increase the number of Russian-made attack helicopters, and Nicosia will have an option with the purchase of Western-made helicopters, however, it is not yet known what.

Mi-35P, referred to, were purchased by Cyprus from Russia in 2001 year, and 2007-2008 years have been modernized with adaptation to night flights. There were purchased 12 helicopters, but one Cypriots lost in 2006 year.

The Cyprus Ministry of Defense does not comment on the likely deal, but military sources confirm interest in the sale of helicopters, since cooperation with Russia can “fly into a pretty penny” due to US sanctions. Currently, all helicopters are in working order., an agreement on their service was signed with Russia in 2013 year and will expire soon. However, Cypriots are afraid to sign a new one due to pressure from the United States and Europe., and scheduled repairs are scheduled for 2021–2022 and 2026–2027.

Serbia traditionally purchases Russian weapons and has close ties in the Russian defense sector. Especially, that Cyprus for the whole party in 11 helicopter asks not so much, the deal can cost from 150 to 300 million. dollars.

Another plus of the Serbs' purchase of the Cypriot Mi-35Ps is the presence of a more advanced version of this helicopter in the Serbian Air Force. – Mi-35M.