Educational materials
Equipment
weaponry
New on site
Analytics Какие выводы должны быть сделаны после трагедии Изюма и Красного Лимана
news US Press: Russia may attack US infrastructure in response to blowing up two gas pipelines
news The work of Russian artillery on the advancing enemy armored vehicles in the Kherson direction was caught on video
news Kyiv announced its readiness to accept MLRS HIMARS from the presence of the US Army, to speed up the delivery of complexes
news Minister of Defense of Norway: NATO expansion will lead to a revision of defense policy 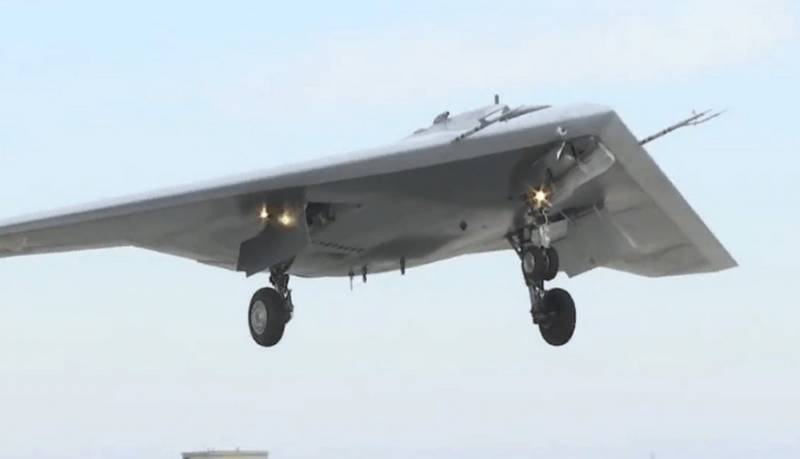 Russia is rapidly arming itself with drones, to 2040 year, the Russian army will adopt long-range drones, capable of reaching the United States, writes an article author for the Japanese edition of Yahoo News Japan.

Russia has recently been paying a lot of attention to the topic of unmanned aircraft, adopting new reconnaissance and strike drones. The author cites as an example the message of the Russian Ministry of Defense about the development of a whole series of new attack drones. According to him, the Russian military pays special attention to the creation of shock drones, capable of performing ultra-long-range flights and striking important targets on enemy territory.

The Russian military intends to adopt ultra-long-range attack drones for 2040 year, author writes. Stealthy and low vulnerability, with elements of artificial intelligence, these drones will be able not only to reach the territory of the USA, but also strike blows on the European continent.

Given the creation of new drones, the Russian army pays great attention to the training of personnel to manage them. Military specialty “combat use of UAVs” has already been introduced at the Ryazan Higher Airborne Command School. Officers studying for five years at the faculty of unmanned aviation are in demand in the army, massively switching to the use of drones. There are also short courses for training operators-instructors of combat unmanned systems.

In this way, Russia will soon receive not only new attack drones, but also highly professional personnel to manage them.