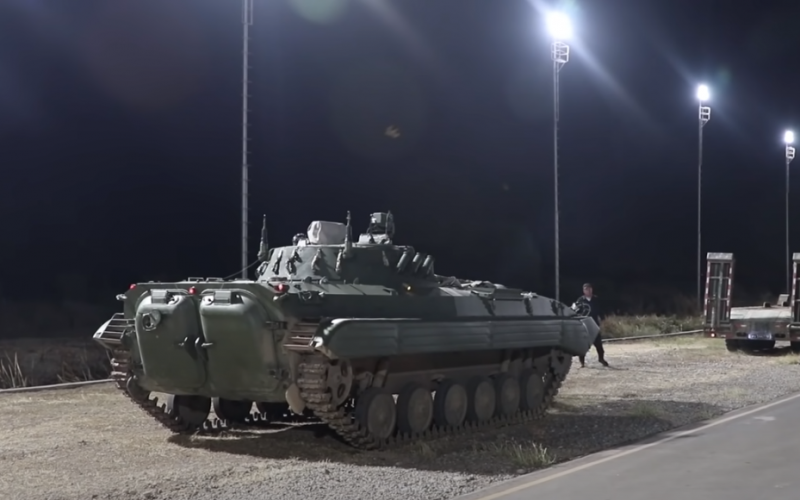 A batch of modernized BMP-2M infantry fighting vehicles with a combat module “Berejok” entered service with the motorized rifle brigade of the Western Military District. It is reported by the press service of the Ministry of Defense.

According to the report, for service with motorized riflemen, deployed in the Leningrad region, received 10 upgraded BMP-2M. celebrated, that the equipment was delivered as part of the state defense order. The press service of the Western Military District explained, that by the end of the year the district will be replenished with more 30 BMP-2M, but in which parts they will be delivered did not specify.

BMP-2 is the most massive infantry fighting vehicle, adopted by the Soviet and Russian armies. Currently BMP-2M are supplied under the contract, concluded last year for modernization 124 BMP-2 to BMP-2M level, the contract must be completed 2022 of the year.

The armament of the BMP-2M consists of anti-tank guided missiles. “cornet”, 30-mm cannon for combating lightly armored vehicles and enemy infantry and a 30-mm automatic grenade launcher AG-30M with an independent vertical guidance drive and a power store on 300 Garnet.

Meanwhile, five unified command and staff vehicles entered service with the ZVO Guards Tank Army. (UKSHM) R-149MA1 based on BTR-80. The equipment is designed to provide control and communication to brigade-level officials in the parking lot and on the move..