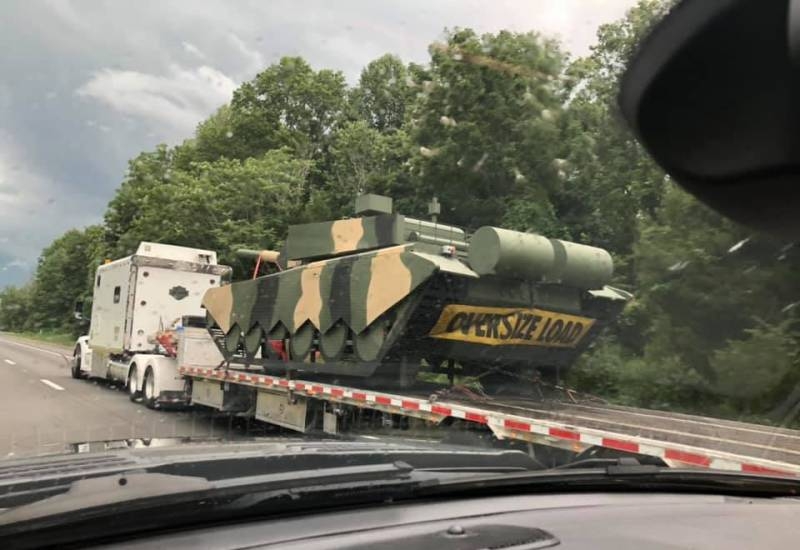 The United States has traditionally counterfeited the equipment of potential adversaries, on which the US military is practicing combat skills, visually getting used to the threat. If aircraft from special squadrons imitate the enemy in the air, then on earth this role is played either by layouts, or real cars modified to the desired form.

According to the China Defense Blog, one of these "fakes" was seen on the roads of the United States:

Layout MBT Type 99 heading to a US Army base. Judging by the look of the reactive armor on the tower, square laser "jammer" on the left and high domed laser equipment on the right [apparently, I mean the elements of the active countermeasures laser complex JD-3], this is definitely a ZTZ-99 Phase I model.
As indicated, the carriage caught in the frame looks rather strange, since only a few dozen Phase I models were produced, this modification did not go into large-scale production.

Probably, it would be better to do [layout] Type 96A, as it is the most common Chinese main battle tank
– believed in the designated edition.