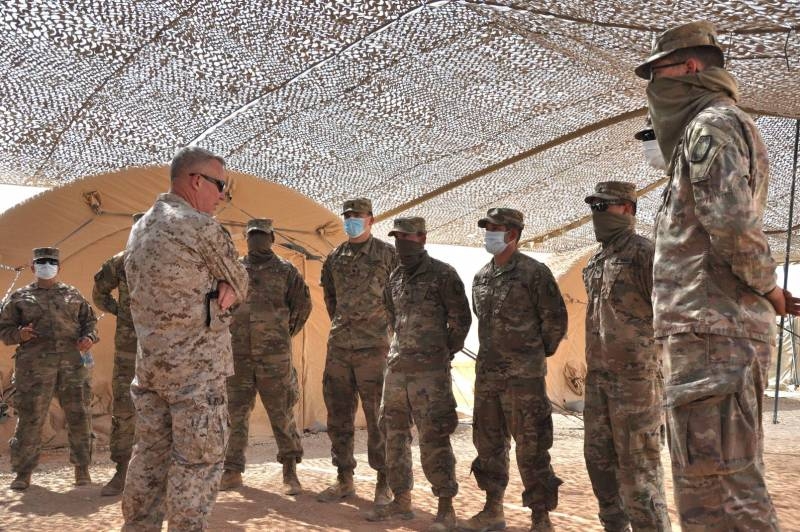 Confirmed information that, that the American command will transfer "on a temporary basis" about 3 thousand troops to the Afghan capital. The explanation of this order from the Pentagon gives reason to talk about, that Kabul could pass into the hands of the Taliban terrorists (*It banned in Russia) over the next few days, if not, then weeks.

American bulletins say, that the reason for the transfer of several thousand US troops to Kabul is related to the need to ensure the safe evacuation of American diplomatic personnel. Several dozen American diplomats are planned to be withdrawn from the so-called "green zone" of the Afghan capital, their family members, as well as other employees of the US diplomatic mission in Afghanistan.

Washington believes, that American citizens in Kabul could be targeted by Taliban fighters * or, least, subject of bargaining.

It became known, that the British will help the American military to ensure the safe evacuation of diplomats. It is not less 600 military personnel of the British Royal Forces, the bulk of which are soldiers of special forces.

The American side is sending two battalions of marines and one battalion of ground infantry to Kabul.

According to the latest data, to evacuate American diplomats to the Middle East - to Kuwait and Qatar.

experts believe, that among the diplomats, which will be taken out of Kabul under such serious protection, there are also employees of American intelligence structures. Information about them could get to the Taliban with unpredictable consequences.

It should be remembered, that over the past few days the Taliban * have taken control of several provinces and major cities in Afghanistan, including Herat, Kunduz and Kandahar. At the same time, in most cases, the Afghan army did not engage in truly serious battles with terrorists., but abandoned their positions and left the cities or went over to the side of the Taliban.