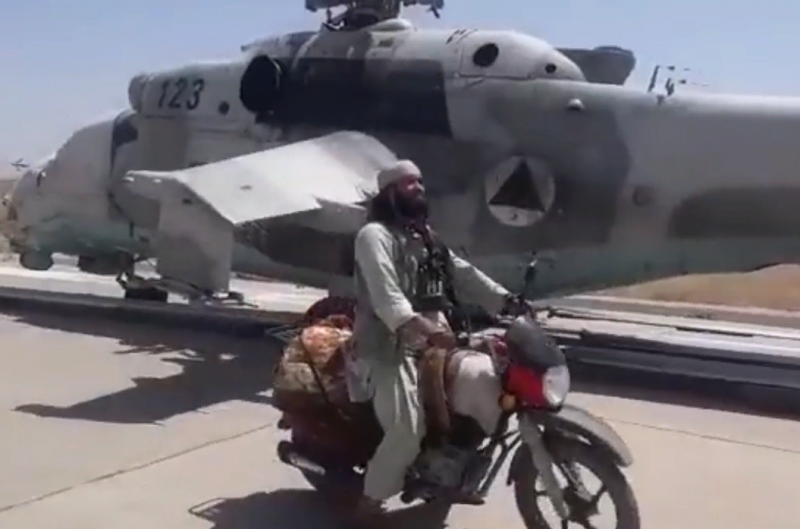 Movement fighters “Taliban”* (banned in Russia as a terrorist) took control of the territory of the military base of the 217th Pamir Corps in the Kunduz province in northern Afghanistan.

According to some reports, the Afghan army corps surrendered to the Taliban along with weapons, technique, etc.. after several days of fighting. Allegedly, the Taliban promised the military protection on condition, if they stay in the province. on other, part of the hull retreated, abandoning equipment and weapons. In both cases, everything went to the militants..

Together with the territory of the military base of the corps, the airfield, along with the equipment available on it, came under the control of the militants.. Thus, not only small arms and cars fell into the hands of the Taliban, but also armored vehicles, artillery, as well as several helicopters, including the Mi-35, really out of whack.

Taliban seized all the weapons and ammunition of the command corps. Kunduz airport is also under the control of militants. Several helicopters, parked at the airport due to a malfunction, also passed into the hands of the Taliban
– said the deputy of the regional council of Kunduz province.

"Талибы" publish footage from Kunduz airport, which came under their control the day before.

highlights, that the Taliban got not only American “Hummers” and MRAPs, also located on the territory of Kunduz airport, but also several American ScanEagle drones. The exact amount is not specified.