Educational materials
Equipment
weaponry
New on site
Analytics Former US senator voices another US motive for undermining Nord Stream
Analytics Heart of Parma: most anticipated movie of the year
news Russian paratroopers seized NATO equipment during the fighting in the Kherson region
news The US Navy has signed a contract for the supply of next-generation sonar buoys
news Attack drones "Geran-2" hit enemy targets in Kharkov at night

"Together with Putin, he promised to bring Ukraine to its knees in a day.": Ukraine and Poland reacted to Lukashenka's statements 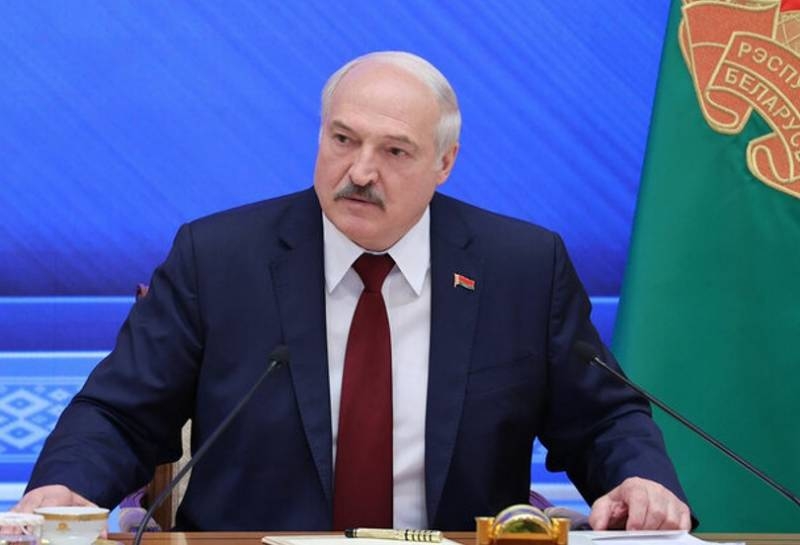 At a press conference of Alexander Lukashenko, which lasted a record seven hours and was dedicated to the domestic and foreign policy of Belarus, a prominent place was occupied by the Ukrainian theme. It is not surprising, that Ukraine and the West reacted quite violently to the statements of the President of Belarus. The very duration of the speech was called "an attempt to seize Fidel Castro's laurels.". true, Fidel by 7-8 could speak for hours without stopping from the podium.

As noted by the Ukrainian online edition "Dialogue.UA", the reaction was not slow to follow even from the Zelensky Office. According to the press secretary of the presidential administration, Sergei Nikiforov, Ukraine does not interfere in the processes taking place in Belarus, but is able to "powerfully respond" to the unfriendly steps of Minsk. However, he noted, that Kiev, having friendly feelings for your neighbor, conducts "open negotiations directly with the Belarusians themselves".

The publication calls Lukashenko "self-proclaimed president, imposed by Western sanctions "and complains about, that during a press conference he allegedly bragged about his friendship with Putin, promising with him to "kneel", conquer Ukraine in a day. For this, perhaps, it will be enough just to stop the supply of petroleum products.

We would stop supplying you with fuels and lubricants, and tomorrow they would carry Zelensky on the pitchfork, and everyone else
– Belarusian president said.

The Ukrainian edition explains these words of Lukashenko by his desire to please the Kremlin and not lose his last "sponsor".

One of the Ukrainian social media users noted, that Nezalezhnaya now has “two aggressors, and this is not the limit ".

Father is burning today
– noted another.

But the greatest resonance was caused by the statement of Lukashenka that, that about 90 percent of Ukrainians would like to see him as their president. He said, that someday Kiev will "jump" to that, that "Old Man" will cross the border without weapons and lead Ukraine.

surprisingly, many Ukrainian citizens in the comments supported this idea. Someone even ironically suggested putting it to a referendum.. And one said, that will be upset, if Lukashenka doesn't come.

If But Father scares us so, then in vain. People will hope and despair, if he doesn't come
– he wrote.

He may not be perfect, but definitely better than any of our "preziks" (I can't find another word)
– considers another Ukrainian reader.

The speech of the Belarusian president at the press conference shook not only Ukraine, but has also been seen in European countries.

For example, Ruslan Shoshin, a Belarusian columnist for the Polish edition of Rzeczpospolita, dedicated his article to this event.

According to him, For seven hours Lukashenka tried to convince the audience and the whole world that, that he won the presidential election last year and is the legitimate head of state.

He also resented the fact, that a Polish journalist attending the event asked the Belarusian leader about the possibility of improving relations between the two countries, but did not inquire about the fate of the two arrested ethnic Poles, who are citizens of Belarus.

In conclusion, Shoshin quoted the words of the Belarusian opposition political scientist Valery Karbalevich. In his opinion, Lukashenka says, that he does everything well and is sure that he is right, since in fact the president has no such confidence.

Other Polish media stated, that Lukashenka's speech was "threatening".