Megapolis project: the dates for the start of production of Su-57 fighters with engines of the second stage are named 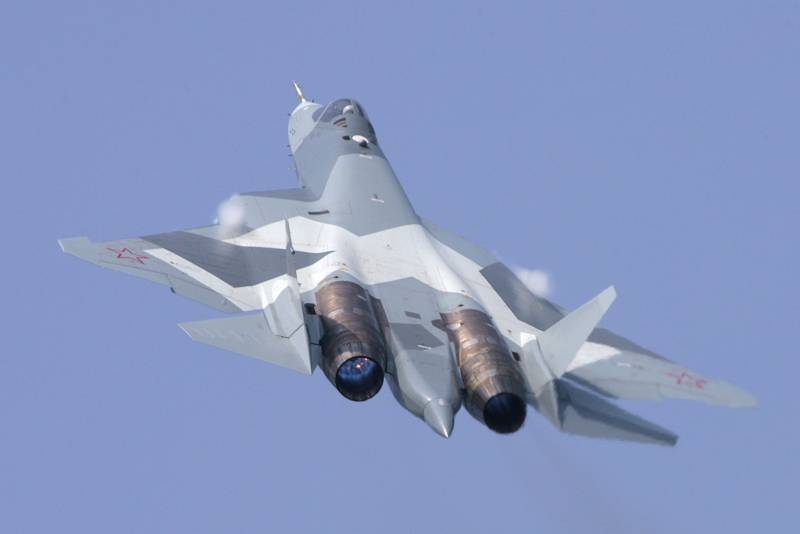 It became known about plans to equip the Russian Aerospace Forces with an upgraded version of the latest combat aircraft.

The TASS news agency, citing a source in the military-industrial sphere, writes about the timing of the adoption of a modernized domestic fifth-generation fighter. We are talking about an upgraded version of the Su-57, which is being created as part of the development work of "Megapolis".

According to the source of the aforementioned news agency, production of the new version of the Su-57 will begin in 2025 year. At least, these are the plans for today.

Some of the differences between the upgraded version of the fifth generation fighter and the basic version of the Su-57 are also named., which is already supplied to the troops. The messages say about equipping the aircraft with the latest avionics., including avionics.

But, perhaps, the main difference is equipping the upgraded version of the Su-57 with engines of the so-called second stage. It's about engines, developed as "Product 30". These engines will add maneuverability to the fifth generation fighter., allow you to climb speed and altitude in shorter intervals. Wherein, as previously reported, the technology used allows you to economically consume fuel when flying in different modes.

Equipping the Su-57 with Stage II engines will also reduce the aircraft's visibility in the infrared range., which is important in the context of the possibility of the enemy's use of missiles, reacting specifically to infrared radiation.