Educational materials
Equipment
weaponry
New on site
news Russian paratroopers seized NATO equipment during the fighting in the Kherson region
news The US Navy has signed a contract for the supply of next-generation sonar buoys
news Attack drones "Geran-2" hit enemy targets in Kharkov at night
Analytics Will Belarus provide a new foothold for the RF Armed Forces against Ukraine
Analytics Heart of Parma:most anticipated movie of the year 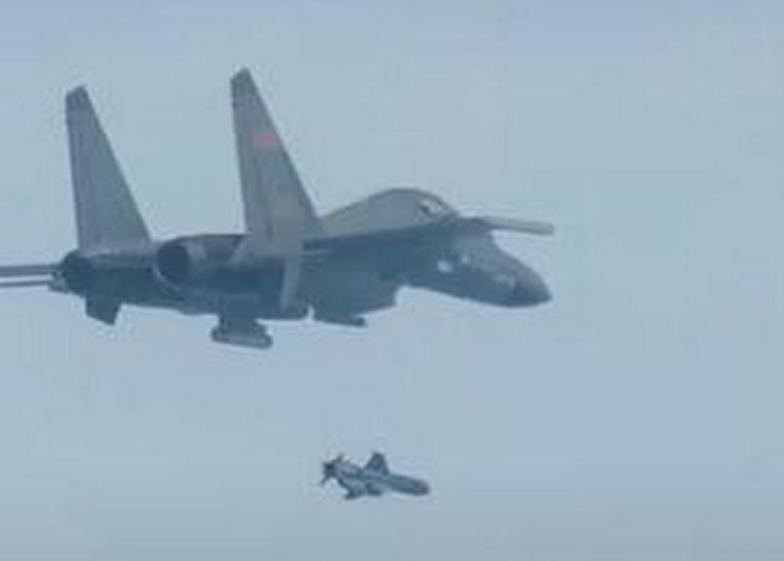 PLA Air Force exercises held in China, during which the YJ-83 anti-ship missile was launched from the J-16 fighter. reportedly, this is the first demonstration of the capabilities of the Chinese counterpart of the Russian Su-30.

The first pictures of the PLA J-16 fighter, armed with YJ-83K anti-ship missile, appeared at the beginning of last year. As the portal Jane's wrote then, Chinese fighter received new capabilities to combat enemy ships. However, the information was limited to this., since there was no video of practical launches of the YJ-83K. Now there is evidence on the Web that this anti-ship missile can be used by J-16 fighters..

The Shenyang J-16 fighter is produced by the Chinese corporation Shenyang Aircraft with 2012 of the year. The aircraft is an almost complete copy of the Russian Su-30MKK with a Chinese guidance system., AESA radar (active electronically scanned array) with AFAR, system of detection and tracking of several targets and electronic warfare. Besides, the plane received Chinese engines and weapons.

Anti-ship missile YJ-83 (C-803) first shown in 1999 year. Range of defeat declared in 180 km, aviation version – to 250 km. warhead – 185 kg. An anti-jamming radar seeker with a wide scanning field is installed on the anti-ship missile system. On the cruising section, along with the inertial system, satellite navigation is used, and the flight altitude is controlled by a laser altimeter. In the final phase of flight, the rocket speed increases to supersonic. Data taken from Chinese sources.