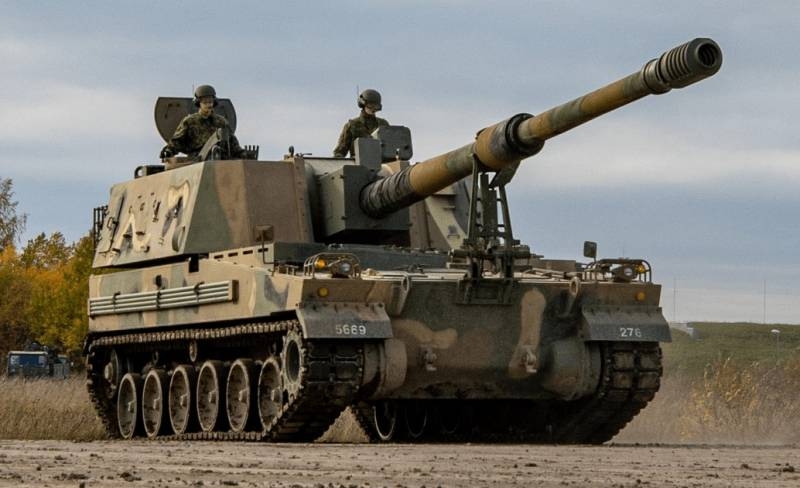 Estonia decided to modernize self-propelled artillery mounts K9 Thunder, in service with the Self-Defense Forces. This was reported by the press service of the Estonian Defense Ministry..

The Estonian Defense Ministry has signed a contract to modify the K9 Thunder self-propelled howitzers in service. As part of the agreement, the ACS will be modernized to meet the needs of the Estonian army. In particular, self-propelled guns will receive new communication and control systems, fire extinguishing system, new electrical system and other additional equipment in accordance with the requirements voiced during the operation of howitzers by the Estonian military.

At the first stage, two ACS will be modernized., which will undergo experimental military operation. Based on the results, a decision will be made to modernize the rest of the K9 Thunder ACS fleet..

Agreement for the purchase of a batch of 12 units of 155-mm self-propelled howitzers K9 Thunder Estonia and South Korea signed in 2018 year. ACS should be adopted by the artillery division of the 1st infantry brigade of the Estonian army, which was armed with German 155-mm / 39 towed howitzers FH-70 and Soviet towed 122-mm howitzers D-30. The Estonian Defense Ministry reported on the purchase of the second batch of six K9 Thunder howitzers in 2019 year.

In this way, Estonia ordered 18 South Korean howitzers with an option for six more howitzers, total 24 units. How many ACS have already been received is not reported.