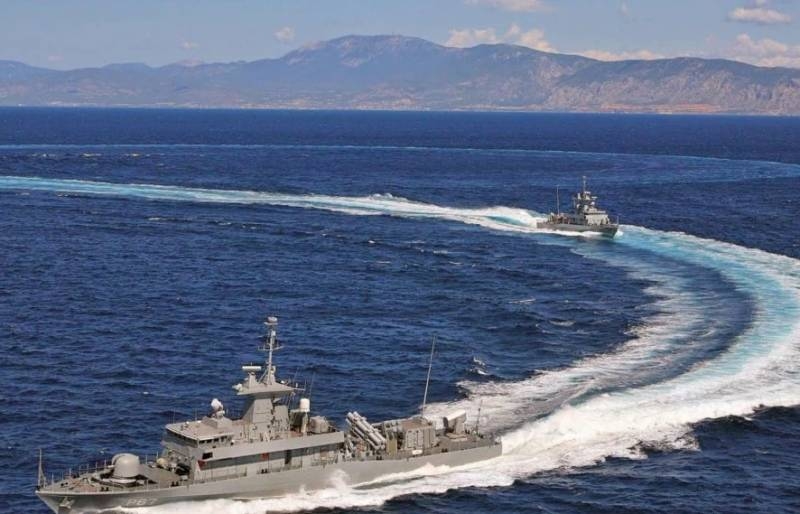 missile boats, which Britain promises to build for the Ukrainian Navy, will receive British missiles, not Ukrainian “Neptune”. This was stated by Tim Woods, Defense Attaché of the British Embassy in Ukraine..

According to a British diplomat, today Britain has just started designing boats for the Navy. However, he assured, that the UK industry is working “quickly”, therefore, Kiev customers will soon be able to see their boats, true only in the project.

Woods noted, that according to the requirements of the Ukrainian military, boats will receive some Ukrainian components, including a gas turbine unit. But with regard to weapons in London, they made their own decision., according to which no “Neptunov” there will be no boats. Instead, they will receive British anti-ship missiles.. Especially, what a creation “nautical” versions of anti-ship missiles “Neptune” were not even accepted in Ukraine, and the land version just won't fit on boats.

However, according to the Ukrainian ambassador to Great Britain Vadim Prystaiko, in the future on boats it is possible to install Ukrainian “Neptune”. According to him, first boats, already called P50U, will indeed be equipped with British missiles, but in the future it is planned to replace them with anti-ship missiles “Neptune”.

As stated by the commander of the Ukrainian Navy Oleksiy Neizhpapa, construction of boats provides for a memorandum, signed by Ukraine and Great Britain 21 June this year aboard the British destroyer HMS Defender in the port of Odessa. At the same time, the contract itself has not yet been drawn up., its signing is scheduled for late summer.

planned, that Britain will give Ukraine a loan in the amount of 1,25 billion pounds (1,6 billion. dollars) on 10 years, within which eight boats will be built according to the British project, as well as the port infrastructure for the basing of these boats in Ochakov. In Kiev, said, that the first two boats will be built in the UK, the rest in Ukraine. Enterprise will define London.