In Kiev, a new requirement for the United States to compensate for the "losses" from Nord Stream 2 was announced 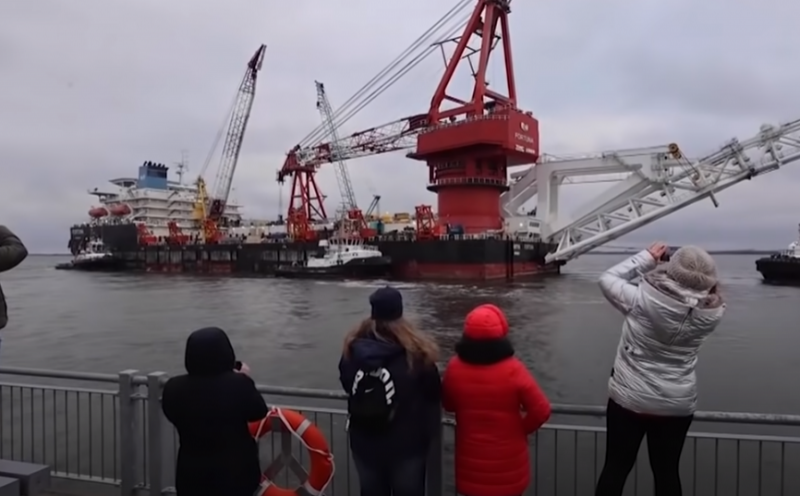 Ukraine is not ready to put up with the completion “Northern Stream 2” and looking for ways to compensate “losses” from its launch. Against the background of gas billions floating away from the hands in Kiev, they propose to put forward new requirements for Western countries, “allowed” completion of the Russian project.

Another claim for compensation of Ukrainian “loss” from the gas pipeline was voiced by political expert Taras Semenyuk. According to him, Kiev must demand from Washington, neither much nor little, and the special status of an ally outside NATO.

Ukrainian expert is convinced, that since Ukraine is not officially accepted into NATO, and the issue with the Russian gas pipeline is practically resolved, then the United States is obliged to compensate for all losses by assigning this status to Ukraine. Semenyuk invites Zelensky to raise this issue at an upcoming meeting with Joe Biden and demand the status of an ally.

According to the expert, after commissioning “Northern Stream 2” Ukraine's national security will be threatened by Russia, which nothing will contain anymore. Therefore, the status of an ally outside NATO will help to contain “Russian aggression”.

Meanwhile, Ukrainian politicians, public figures, journalists and activists wrote a letter to US President Joe Biden asking him to reconsider the decision not to apply sanctions against “Northern Stream 2”. In total, the message was signed 47 human. The letter says, that if the gas pipeline is launched, Ukraine will lose “deterrent to the escalation of Russian aggression”, and Russia will be able to start “large-scale offensive”. ie, in other words, Moscow will stop giving funds to Kiev, which he spends on “containment” Of Moscow.