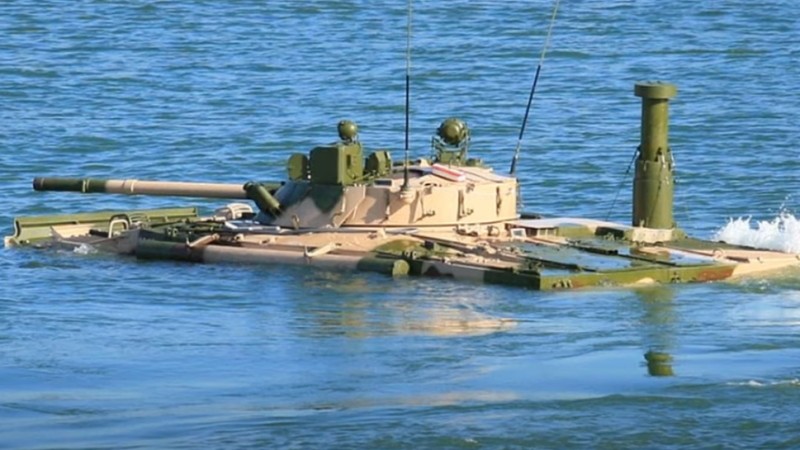 The marines of the Black Sea Fleet will soon receive the new BMP-3F infantry fighting vehicles – marine modification of BMP, designed specifically for the Marine Corps. The decision to supply equipment to Crimea has already been made.

The Ministry of Defense decided to re-equip one of the battalions of the 810th Separate Guards Marine Brigade, stationed in Crimea, for new BMP-3F. The supply of equipment will be carried out as part of the implementation of the state defense order. The military department is planning, that the new BMP-3F will significantly increase the firepower of the marines, replacing the units in service with the BMP-2.

As they write “Notifications”, citing sources in the Ministry of Defense, servicemen of the 810th Marine Brigade are well acquainted with the BMP-3F, after all, it was on its basis that practical tests of new technology were carried out.

note, that the BMP-3F has only recently begun to enter the Marine Corps in sufficient numbers. The first new equipment received the marines of the Pacific Fleet, batch of BMP-3F went to the Far East. Now the turn has come to the Black Sea, where strengthening is necessary due to the current situation in the region.

BMP-3F - “marine” modification of the BMP-3 infantry fighting vehicle, more buoyant. It is equipped with a lightweight water-reflective flap, telescopic intake pipe, water-reflective shields on the tower. Able to move on water in waves of three points, and with 2 points, conduct aimed fire. Speed ​​afloat – 10 km / h, with the engine running, it can be in the water up to 7 hours.