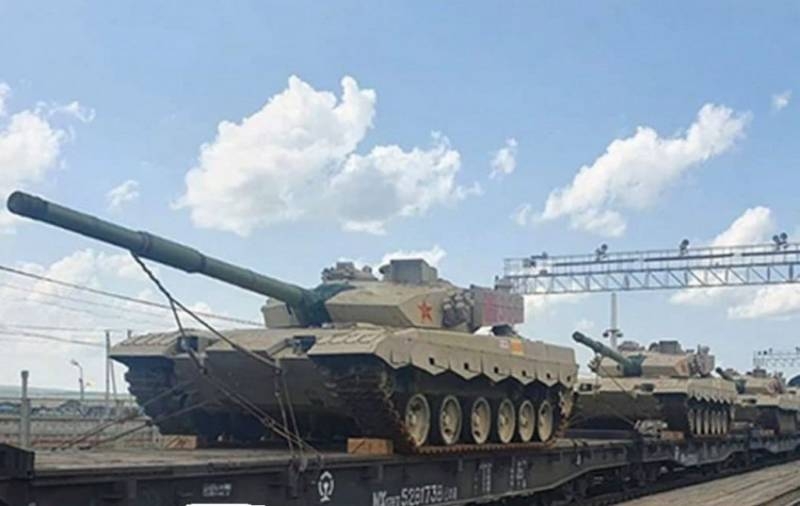 China will take part in “tank biathlon”, which will be held as part of the army games “ARMI-2021” since 22 August 4 September 2021 of the year. The Chinese team has already started delivering equipment to Russia.

Last year, all Chinese tanks brought to Russia were equipped with additional video cameras for real-time transmission. “Pictures” like shooting, and the actions of the crew. This decision was made in connection with the publication in the Chinese press of accusations of “bias” judges. Will Chinese tanks be equipped with video cameras this year?, find out after the start of the competition.

For reference: Type 96B – an upgraded version of a Chinese-made main battle tank. Engine power – 1000 hp, highway driving range – to 600 km with mounted tanks, main caliber – 125 mm (ZPT-98 rifle, which is an unlicensed copy of 2A46M, with automatic loader).