Polish general: The practice of purchasing Abrams tanks can be destructive for the country's defense industry 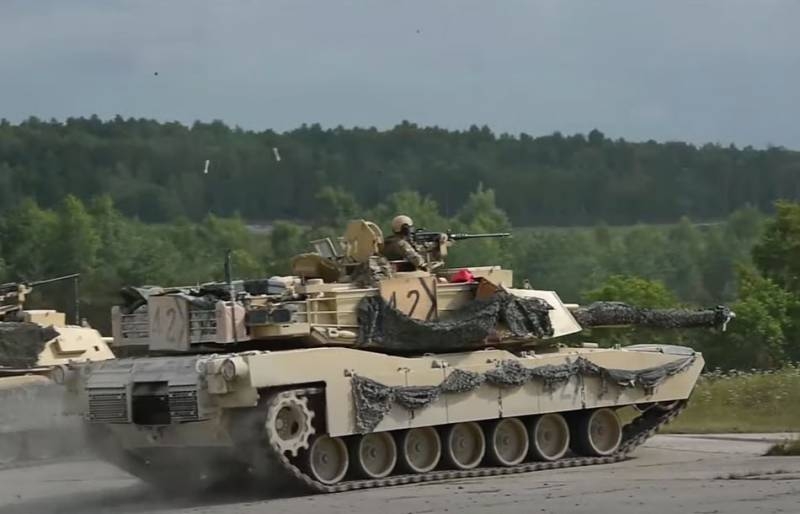 Polish general Mieczyslaw Gokul commented on the contract for the purchase of American tanks "Abrams". Recall, that the Polish Ministry of Defense signed this contract, then there were questions, is there a suitable road and bridge infrastructure in the country?, so that tanks move freely around the country? Indirectly answering this question, a few days ago, Minister Mariusz Blaszak said, that "Abrams" can be deployed on flat terrain - in the so-called Smolensk Gates, in the east of the country.

General Mieczyslaw Gokul is skeptical about the command's ideas to buy American tanks. The Polish general considers this decision to be a political one., not the military.

Gokula is quoted by the Polish press:

The purchase of Abrams tanks is such a political necessity. But this practice can ultimately become destructive for the state., for the country's defense industry. It also creates a rich field of abuse..
According to a senior officer, a one-time purchase of American tanks will increase the potential of the Polish army, but this may end up giving nothing, since there is no realistic program for the development of armored forces, there are no plans to match the infrastructure to such purchases.

Also, when buying these tanks, no agreement was made with NATO partners in that regard., what military strategy should we implement and what assistance they could provide us militarily.
The general said, that when signing the contract, the aspects of "climatic" conditions were not taken into account, in which tanks will be operated in Poland, not verified logistics of use and maintenance.

Everybody knows, that we do not conduct a military operation in our country, nor in the format of sending troops abroad. This is complete absurdity. I have suspicions, that "Urgent Operational Necessity", what the authorities are talking about, it's still an "Urgent Political Necessity".
Readers of the Polish press commented on the general's statements. Opinions vary. Some believe, that American tanks will help Poland "more effectively resist Russia", others see the contract as another example of the desire of the ruling elites to find support in the face of the United States.

The right decision. I remember, how American "Abrams" fired at Russian-made tanks in Iraq - like ducks.
This money should have stayed in Poland. Billions of zlotys could be spent on own production, creation of its own MBT line. In a few years, the Americans will adopt a new tank., and ours will have to be content with museum exhibits.
Buying Abrams tanks is a political bribe for the United States. Bribe for obtaining consent from the United States to suppress democracy in Poland by the current government.
Listen to General Gokul, so it was necessary to buy the T-34…