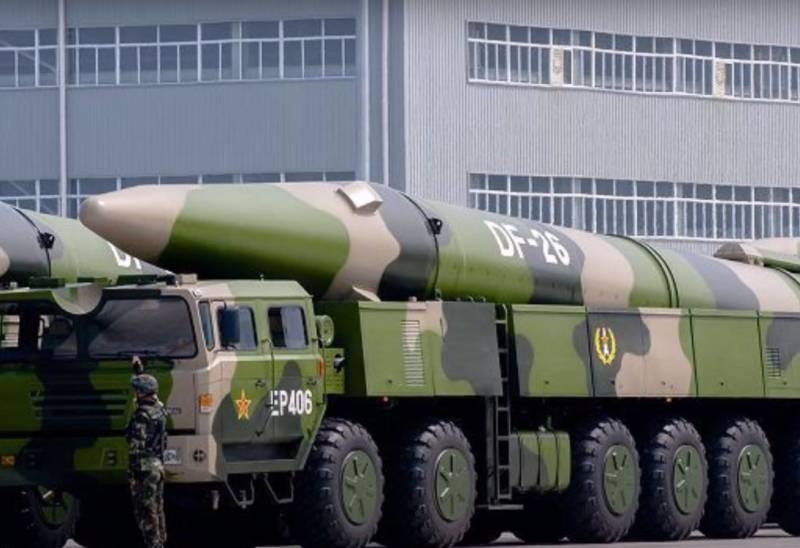 The Defense Post author Joe Saballa writes, that a group of laser experts at the Beijing Space Engineering University is currently developing such a device, which would increase the speed of hypersonic missiles and combat aircraft. It's about a "laser cannon", which will be installed on a hypersonic rocket and will reduce air resistance by 70% and more.

China is going to use this device in the manufacture of weapons and aircraft. However, at this stage, its implementation may face a number of technical problems.. Saballa cites expert opinion, Whereby, the pressure distribution can be changed with a laser to reduce the resistance, and also increase the speed of an aircraft or rocket.

Chinese engineers, as it appears, develop such a device, which will create a plasma cloud in the form of a drop, influencing wind currents. Anyway, details regarding the creation of new weapons, the Chinese authorities did not disclose. Beijing keeps all its experiments in the field of creating hypersonic weapons and increasing their capabilities a secret..

In the same time, scientists from the University of Space Engineering spoke about the presence of several problems with the device they are developing. The first problem has to do with the size of the laser cannon.. She must be very small, so that it can be placed on a rocket or in the front of an aircraft. The main task now is to reduce the weight and size of high-power lasers..

Secondly, installing a laser on an aircraft can increase its mass, which will adversely affect aerodynamic performance. AND, in the same time, experts are convinced: the benefits of introducing and using a new device will far outweigh the adverse effects, that may arise as a result of its operation. for example, the issue is not resolved, how this "laser cannon" can affect other objects, in the air.

Anyway, now China is rapidly moving towards improving its own hypersonic weapons. The worries of the Western countries are understandable: in this direction, Beijing managed to overtake the United States.