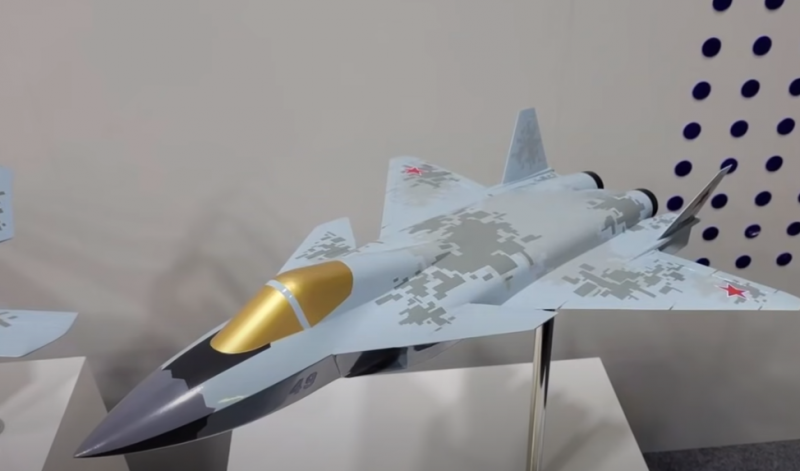 Russian Aircraft Corporation (RSC) “MiG” will create its own fifth generation fighter, the development of the aircraft has already begun. In contrast to the developed “dry” Checkmate, plane from “twinkle” will be deck.

According to reports, RSK specialists “MiG” intend to develop not just a carrier-based fighter, and the whole complex, which, in addition to the aircraft, will also include a drone. planned, that the fighter will be of the fifth generation, made using stealth technology, in the dimension of the MiG-35. Unlike Checkmate “dry”, The MiG fighter is twin-engine and is made according to the scheme “duck”. It is also possible to create a version with vertical takeoff and landing., this option is being considered.

drone, which will work in conjunction with the fighter, created according to the scheme “flying wing” and weighing more 10 tonnes. It will be either percussion, or a tanker, the issue is not fully resolved yet. Drone development will use unmanned aerial vehicle developments “skate”.

Today, as reported by RIA Novosti with reference to a source in the defense industry, works are at the stage of computer modeling. Experts from RSK promise to provide prototypes within the next few years. While everything is limited to large-scale layouts, shown at the aerospace show “MAKS-2021”.

Meanwhile, as stated in KRET, promising fighter Checkmate, which was also presented at MAKS-2021, will receive the most modern complex of avionics, developed in Russia. According to its characteristics, the on-board complex is not inferior to that used on the F-35, and even surpasses it in some respects.