Corvettes have not even been laid down yet: in Ukraine Zelensky was caught in a lie on the construction of ships for the Navy of the Armed Forces of Ukraine in Turkey 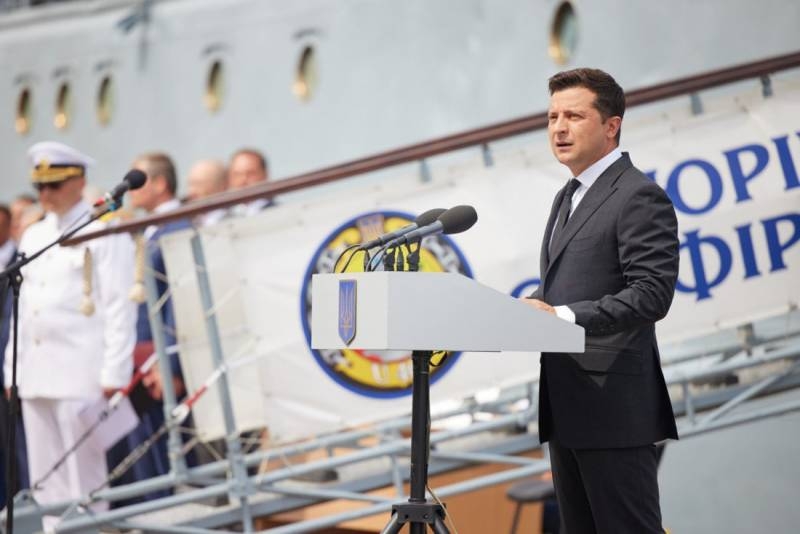 Interestingly, in December 2020 years between Ukraine and Turkey, as reported, a contact was made for the construction of "several corvettes of Turkish design". On the Ukrainian side, the contract was signed by representatives of the Ministry of Defense.

Now the signing of a framework agreement is suddenly announced - after the signing of the contract. The sum is called, which is laid down in the Ukrainian military budget to fulfill its obligations to Turkish companies. it is 3,8 billion hryvnia. it is about 150 million dollars. indicated, that Ukraine will allocate such an amount in 2021 year.

How much is planned to spend on buying Ada corvettes from Turkey in the end, not yet reported.
Consul General of Ukraine in Istanbul Alexander Aman:

We signed a framework agreement with the Turkish side. Now preparatory work is underway for, to start construction.
Particular attention was drawn to this statement not only in connection with the fact, that it refutes the words of President Volodymyr Zelensky, pronounced by him on the day of the Ukrainian Navy 4 July. Then Zelensky said, that Turkey has laid the body of the first corvette for the Ukrainian naval forces. Comparing the statements of Zelensky and Aman, in Ukraine itself, the president was caught lying about the laying of the corvette.

It is worth noting, that Zelensky was not the only one who lied, but also the commander of the Naval Forces of Ukraine Alexey Neizhpapa, who congratulated the Ukrainian sailors on, that the Turkish shipyards laid "the latest corvettes for the naval forces of Ukraine".

So the corvettes haven’t even been laid yet. comes, both Zelensky and the fleet commander lied. Although later they will say, that they were misunderstood.