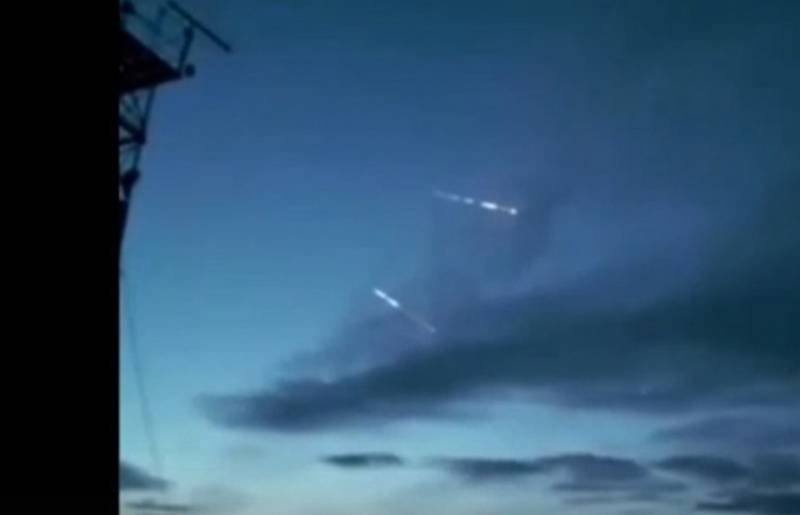 A video of the flight of warheads on the atmospheric section of the trajectory appeared on the Web. The video is posted on social networks VKontakte, telegram channels t.me/vanguard1802/25.

A comment was posted on one of the social networks for this video., speaking, what the beginning of the third world won might look like, a “rain” flying warheads could mean the last day of this world and the end of our civilization.

According to the latest data, exchanged between Russia and the United States within the framework of the Treaty on the Reduction of Strategic Offensive Arms (START-3), today Russia has 517 deployed intercontinental ballistic missiles (MBR), ballistic missile submarines (BRPL) and heavy bombers, USA – 651 carrier (September 2020 – 675), showing a reduction in 24 units.

Besides, Russia has increased the number of deployed and non-deployed launchers by three, indicating their number, equal 767. In turn, the United States noted, that they have the number of launchers, has not changed compared to the previous reporting period and remains the same – 800 pcs.

At the same time, Moscow accused Washington of violating START-3, since the Americans underestimated the real number of deployed and non-deployed launchers and strategic bombers. USA unilaterally withdrawn from the set 56 SLBM launchers (ballistic missile submarines) and 41 strategic bomber B-52N in this way, that Russia cannot confirm their unsuitability for the use of nuclear weapons.