Within the framework of MAKS-2021, the first agreement was signed for the supply of new passenger turboprop Il-114-300 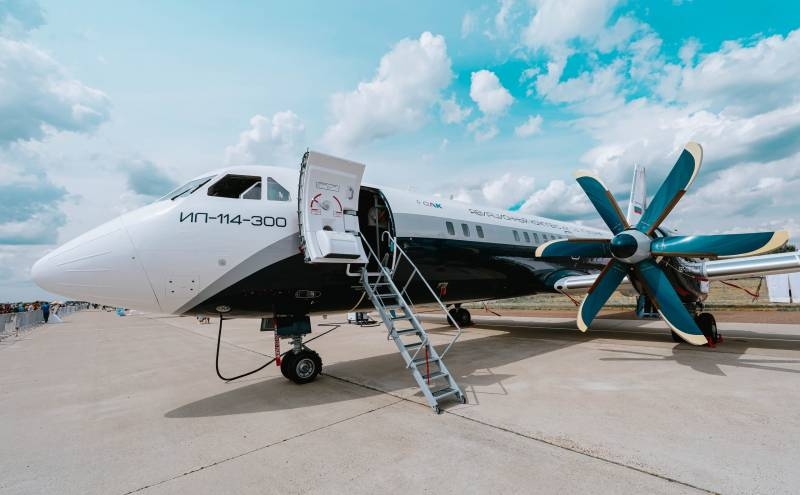 The first new passenger regional turboprop aircraft Il-114-300 will go to the Far East. Agreement on the establishment of the United Far Eastern airline was signed within the framework of the MAKS-2021 aerospace show. This was reported by the press service of Rostec.

Nineteen new Il-114-300 will be leased by a new Far Eastern airline, the creation of which was agreed by the state transport leasing company (GTLK), FELL DOWN “Il” and the airline “Aurora”. The first plane should go to the Far East already at 2023 year. The agreement was signed in the presence of the head of the Ministry of Industry and Trade Denis Manturov.

The aircraft will be supplied as part of a program to improve transport accessibility and will be in demand in the Far East, in the case of normal after-sales service and government support, the success of the aircraft is guaranteed.

The Il-114-300 passenger aircraft is designed for operation on local airlines and is an upgraded version of the Il-114 turboprop aircraft. Expected, that the newest Il-114-300 will replace the aging An-24 and a number of similar foreign machines. It is able to carry up to 68 passengers up to 1,5 thousand. km. according to the plans “OAK” the completion of the aircraft certification is scheduled for 2022 year, serial deliveries are planned from 2023 of the year.

The new Il-114-300 is equipped with two TV7-117ST turboprop engines with low-noise propellers, as well as a new auxiliary power plant and digital flight and navigation complex.