In Ukraine, it was proposed to localize the production of Su-27 and MiG-29 fighters in the country 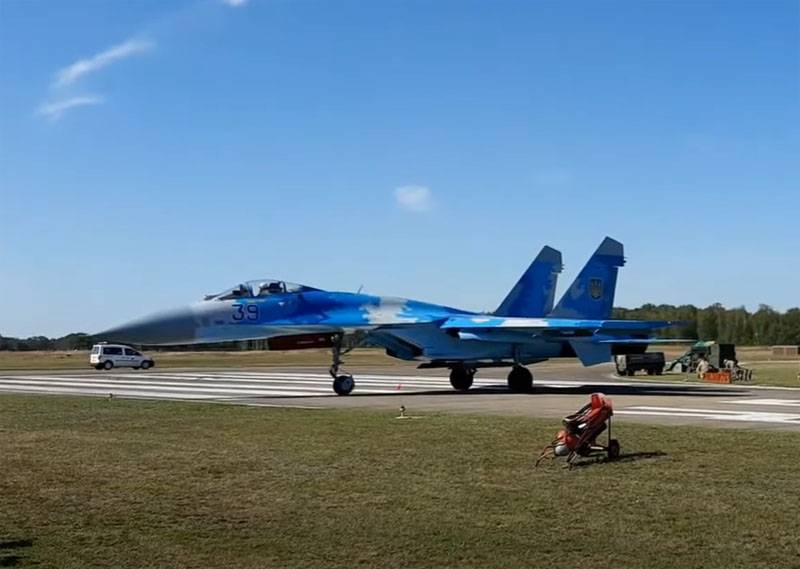 Ukraine is discussing the issue of increasing the level of capabilities of its air forces (Air Force Armed Forces). At the same time, there are disputes regarding, whether to purchase new fighters abroad or focus on our own production. Their proposal on this matter is shared in the Ukrainian State Research Institute of Aviation.

Representatives of the community of this research institute V. Taranenko and Y. Kotsurenko suggest that the authorities focus on the localization of production in Ukraine of Soviet-designed fighters. The work of Taranenko and Kotsurenko itself bears the following title: "Justification of the feasibility, the possibilities and financial benefits of the production of the fourth generation tactical aircraft in Ukraine instead of purchasing analogues abroad ".

Representatives of the Ukrainian State Research Institute of Aviation propose to localize the production of MiG-29 and Su-27 fighters at the country's facilities. About any observance of "copyright", of course, at the same time there is no question.

At which enterprises do they propose to organize the production of these combat aircraft??

The proposal of the State Research Institute of Aviation of Ukraine says, that it could be implemented in Lviv - at a local aircraft repair plant, as well as at the MiGremont enterprise in the Zaporozhye region.

Ukraine considers, what if these enterprises can carry out repairs of the Su-27 and MiG-29, then it will not be difficult for them to switch to the production of fighters on their own lines. At the same time, it is supposed to equip them with various types of weapons., including foreign-made air-to-air missiles.

The financial side of the issue has not yet been reported: how much can it cost to establish production of Soviet-designed fighters?

The idea of ​​representatives of the State Research Institute of Aviation of Ukraine has already been criticized by individual military experts in Ukraine itself., stated, that airplanes can hardly be called modern now, and when their production will be established (if it happens at all) in Lviv and Zaporozhye, then they may be among the completely obsolete combat units.