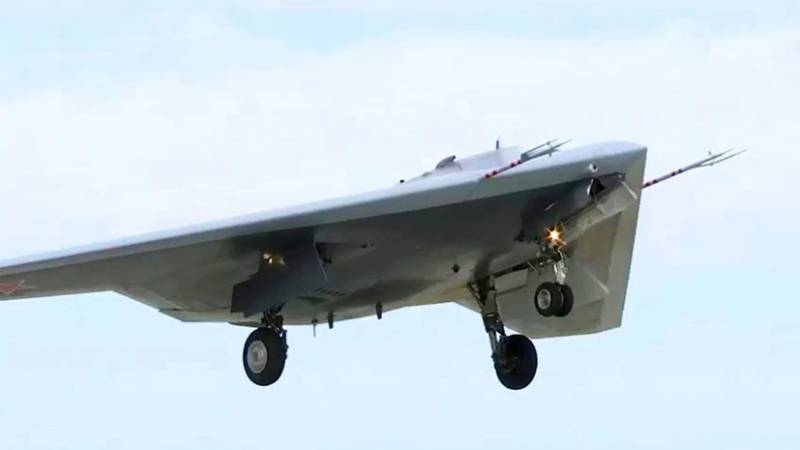 Russian Armed Forces are in need of heavy attack drones, therefore, the Ministry of Defense turned to the military-industrial complex with a request to accelerate work on the UAV “Hunter”. This was announced by a member of the board of the Military-Industrial Commission Sergei Smirnov.

In an interview with RIA Novosti, he said, that the military requested acceleration of work on the development of a heavy attack drone “Hunter” and its serial deliveries to the troops. Russian industry went to meet the military, the details and terms of the first deliveries are currently being worked out, they are previously shifted to the left by one year. Smirnov did not announce new terms for the start of deliveries “hunter” to the troops, but it had previously been reported, what will they start at 2024 year, and not in 2025, as planned earlier.

According to the data available to date, to date, one prototype of the UAV is participating in the tests “Hunter”, three more copies are being built at the Novosibirsk aircraft plant named after. Chkalov (NAZ). The second prototype is being built with changes., introduced into the design according to the experience of testing the first copy, they mainly relate to the airframe and avionics systems. planned, that the assembly will be completed in August, after which the test stages will begin, and in the air it will rise to the end 2021 of the year.

The third and fourth samples will actually correspond to the production version of the UAV..

It was also reported, that serial “Hunters” will receive AL-41F engines without afterburner, fits perfectly into the dimensions of the drone and provides the UAV with a flat nozzle to reduce thermal and radar signature.