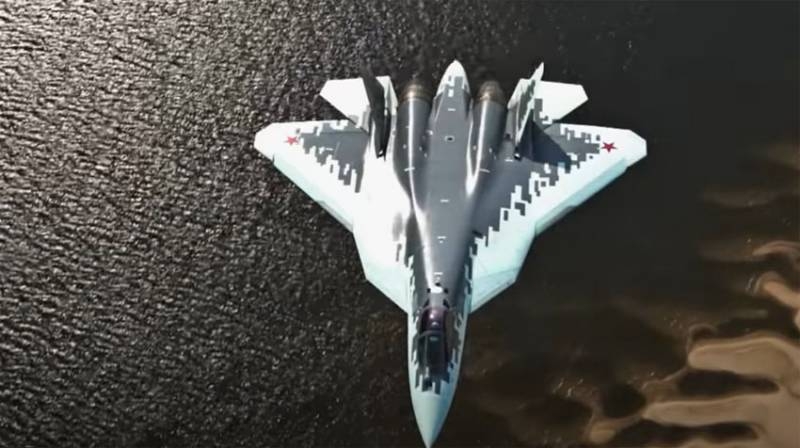 The American edition of The National Interest touched upon the issue of rearmament of the Russian Aerospace Forces with the latest fighters. These are fighters of the fifth generation Su-57.. American columnist Chris Osborne believes, that even after fulfilling the order of the Russian Ministry of Defense for the supply of these fighters to the troops, they will not be able to pose a real threat to the United States and other NATO countries. At the same time, the American observer names the main reason.

According to the author of TNI, the number of Su-57 aircraft in the Russian troops will not be sufficient to, so that the Russian Aerospace Forces have a real opportunity to withstand the American F-35 in the sky.

The Russian military will not operate a sufficient number of aircraft, to pose any real threat to US and NATO aviation, unless production is significantly increased. While it is planned to purchase 76 such combat aircraft for the needs of the Russian military aviation.
And at the moment, as stated by the American observer, there is no talk of increasing production of Su-57 fighters in Russia.

Author notes, that Russia is trying to introduce advanced technologies into the Su-57, including technology for data exchange with attack drones (UAV "Hunter"). But all these technologies will not be able to counter numerically the F-35 fighters of the Air Force and the US Navy..

Simple math: 76 planes are much less, than 1763 aircraft. Namely, this is the alignment of fifth generation fighters in Russia and the United States.. Therefore, Russia simply will not have enough stealth aircraft Su-57, to challenge the American F-35.
According to Chris Osborne, in the event of a real battle, F-35 fighters will simply quantitatively cover the area with observation and long-range fire, detecting and destroying enemy aircraft, before they themselves are noticed.

In the American press:

Even if the Su-57 were superior to the F-35 technically, the probability of which has not yet been determined, Russian fighters have little chance - chances of confronting all those F-35, which the United States can disperse or integrate into a common network with NATO.
Added, that in the case of a one-on-one fight, the chances could be, but not in the case of a battle "one against a group of aircraft".