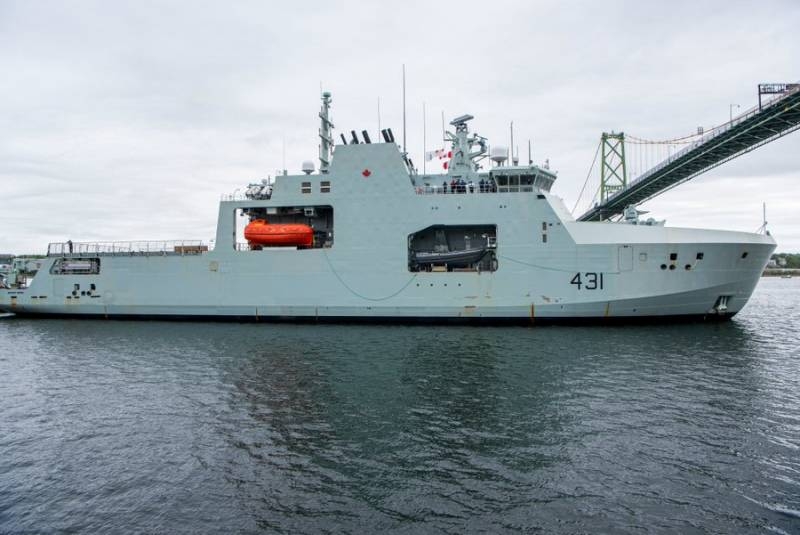 Icebreaker HMCS Margaret Brooke, part of the fleet, will undergo a series of tests, after which it will be officially put into operation. The ceremony is scheduled for October 2022 of the year. Head icebreaker HMCS Harry DeWolf (430), which gave the name of the whole series, put into operation 27 June 2021 of the year, although entered into the Royal Canadian Navy the year before.

In total, six patrol icebreakers of this project will be built at the Halifax Shipyards under the contract., or as they are called in Canada – patrol ships of the arctic zone (Arctic Offshore Patrol Ship).

The main task of the new ships – surveillance and reconnaissance, protection of sovereignty, control of the situation in the exclusive economic zone of the state, search and rescue operations.

AOPS have a displacement 6440 t, their length - 103 m, width - 19 m. Equipped with diesel-electric power units. speed up 17 knots. Travel range at an average speed of 14 knots – 6800 nautical miles. The ship can break one meter thick ice at a speed of three knots. Autonomy of a separate ship in Arctic waters - four months. crew - 65 human.

The ship is armed with a BAE MK38 automatic cannon 25 mm and two M2 Browning machine guns. There are places to accommodate a CH-148 helicopter and two boats.