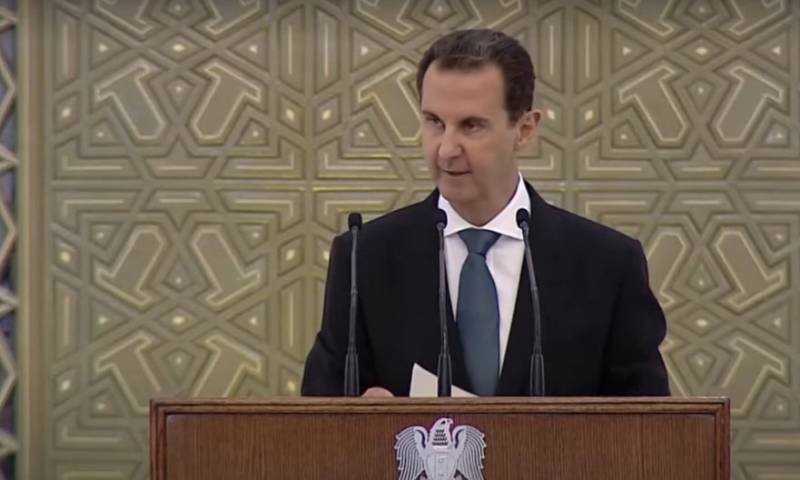 In Damascus, the swearing-in ceremony of the President of the country Bashar al-Assad took place. After the inauguration, Assad took the presidency for the 4th time, having previously won elections by a wide margin. Recall, that the elections were held 26 May. Based on their results, Assad scored, as reported by the Syrian CEC, 95,1% votes.

Members of the People's Assembly of the Syrian Arab Republic attended the inauguration ceremony in Damascus, represented other political forces, religious leaders, members of the public, including family members of the killed soldiers.

Sworn allegiance to the Syrian people, Bashar al-Assad addressed the nation with the words that, that today an extremely important task is to protect the sovereignty and unity of Syria. According to the President of the SAR, dozens of nationalities live in the country, representatives of various faiths.

Muslims for decades, christians, representatives of various confessional movements lived in our country side by side in peace and harmony. Today, when a country is attacked by international terrorism, warmed up by the enemies of Syria, it is important to remain a single state, one people.
According to Bashar al-Assad, in Syria itself and beyond, Unfortunately, a lot of strength, who are trying to split the SAR, turning it into a patchwork, parts of which will conflict with each other. Assad said, that relying on the people and allies of Syria, he will do everything, to prevent this.

In his speech, Assad recalled that, that while some countries are helping Syria in a difficult period, others try to impose their will, dictating conditions, including through sanctions. Bashar al-Assad noted, that the Syrians are a courageous people, which cannot be broken by any sanctions.

Bashar al-Assad added, that Syria will bring the war on terrorism to a victorious end.

Today marks 21 year from that moment, how Bashar al-Assad headed the SAR. During this time, several US presidents have changed., European countries, prime ministers of Israel, who spoke with the slogan "Assad must go". Did not leave…