"The hint is clear": in the West comment on the publication of Rostec with the reflection of a British destroyer in the sight of a promising aircraft 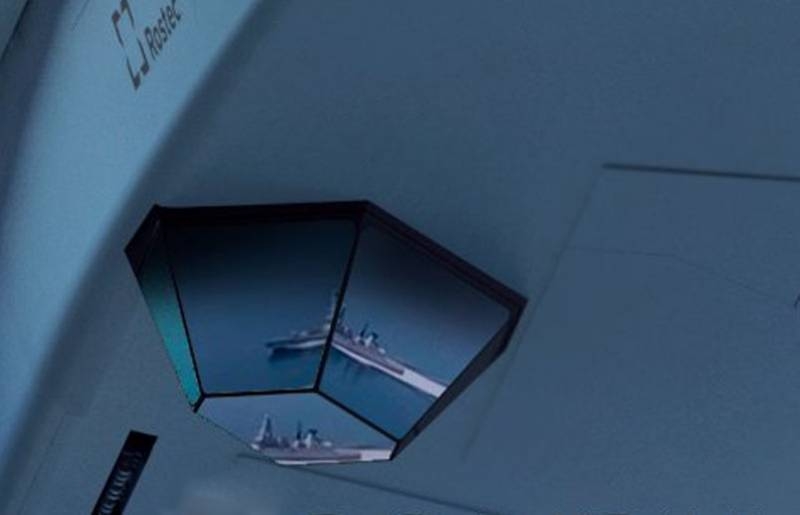 Today the publication of Rostec is actively discussed on the network, which appeared on the corporation's official Twitter page. Accompanying the publication of an image of the sighting complex of a promising aircraft with a smiley, Rostec writes literally the following:

Black cases are very tempting, but the details are always more interesting.
celebrated, that the presentation of a promising domestic aircraft will be carried out within the framework of the International Aerospace Salon MAKS-2021. This representative international forum of aviation and astronautics kicks off 20 July and will last until 25 date of the current month.

The publication of Rostec on Twitter attracted attention due to the fact, that in the sighting complex of a promising Russian aircraft you can see the reflection of a warship. And this "target" is the infamous British destroyer Defender, who made a provocation off the coast of Crimea a few days ago, having violated Russian maritime borders in an area closed for foreign navigation.

The appearance of such an image in the Rostec microblog was not ignored in the West. Comments from experts and ordinary users appear in the media, blogs and social networks. At the same time, the opinions of the commentators differ significantly.. If some call this publication "pampering", others consider it "a completely unambiguous signal to the British Navy".

A few comments in the foreign blogosphere:

The Russians showed the British ship in the sight of their new aircraft. The hint is clear. But this pampering, no more.
Interesting publication. It can quite be regarded as an unambiguous signal to the British Navy.
Britain is not called an enemy in Russia, but show, that in the Black Sea her ships are at gunpoint.