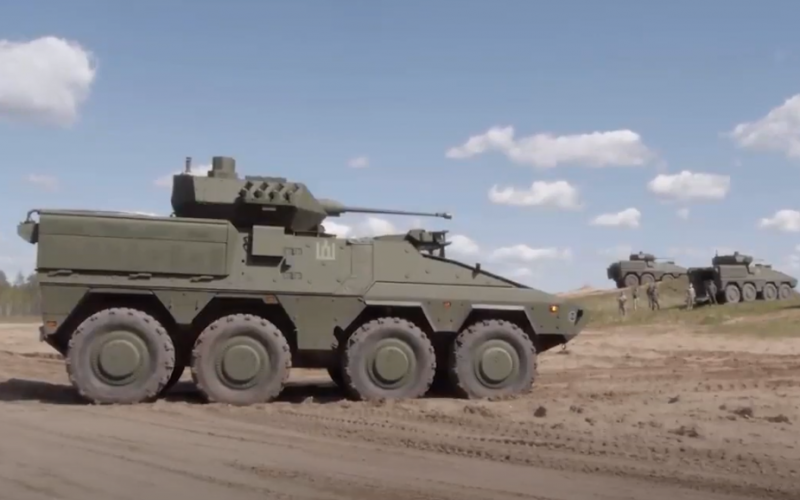 according to the report, at the end of June, the Ministry of Defense of Lithuania received the last batch of Spike LR ATGMs to equip Vilkas armored personnel carriers (Wolf – lit.). The missile supply contract was signed and implemented by the NATO Support and Procurement Agency (NSPA) in collaboration with OCCAR (Arms Cooperation Organization). The contract provided for the supply of ATGM Rafael Spike-LR in batches during the period from 2018 by 2021 year. How many missiles ordered are not reported.

As previously reported, in August 2016 Years of the Lithuanian Defense Ministry signed a contract with the German consortium ARTEC for the supply 88 wheeled armored personnel carriers GTK Boxer with a wheel arrangement of 8x8 in an adapted version, as well as three training machines. The Lithuanian army began to receive the first vehicles in 2019 year, the end of deliveries is scheduled for this, 2021 year.

In the version for Lithuania linear armored personnel carriers, named Vilkas, equipped with a modified version of the Israeli combat module Rafael Samson Mk 2 with 30-mm automatic cannon ATK Orbital Bushmaster Mk 44, coaxial 7.62-mm machine gun and retractable launcher ATGM Rafael Spike-LR. Of the supplied vehicles, four were delivered in the command and staff version., and the rest are in linear.