"There are ambitions of a world power": in Poland comment on the procurement agreement 250 American "Abrams" tanks 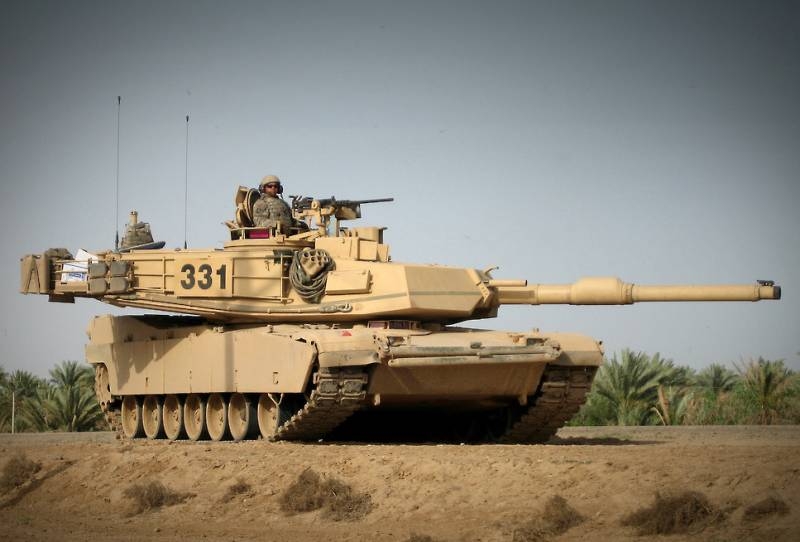 Warsaw made the final decision to acquire from the United States 250 M1A2 Abrams tanks of the latest version of SEPv3 under the arms purchase agreement. Polish media vying with each other to praise the combat vehicle and present the aforementioned deal, as something tremendously important for your country.

In particular, experts pay special attention to the power plant of the tank, which runs on kerosene, but, if necessary, can operate on gasoline or even diesel. Such "multi-fuel", from the words of experts, is a huge advantage.

Yes, in the case of using diesel fuel, the engine power will slightly decrease, but as the Australian practice has shown (Abrams are run there exclusively by DT), such a "loss" is of no fundamental importance.

Besides, high praise was "awarded" to the armament of the combat vehicle, speed and agility, as well as a high degree of crew protection.

However, ordinary Polish citizens, commenting on the purchase agreement 250 American "Abrams" tanks, characterize the "deal of the century" in a slightly different way. So, the reasons for Poland's acquisition of military vehicles from the United States write the following.

Several reasons are very simple. Instead of professionals, we have the domination of idiots over the army. We have ambitions to become a world power – WOT, invisible ships, underground helicopters, laser guided heads. We have an army of Mohair Berets. We have unlimited financial resources – deficit is growing rapidly. Finally, we have something to boast about historically – Cedinia, Grunwald, Battle of Warsaw, Westerplatte and the third section of the Commonwealth
– writes Tomek75.

There is one reason. Lord of Washington ordered Catholics to purchase a tank, they buy it
– considers Gluś.

Finally, not without "subtle" humor with a bit of mockery.

Abrams with Tank Urban Survival Kit – that is, equipment for urban battles? So we still get to Moscow?
– the user with the nickname Napolj comments on the "most important" option of the tank.