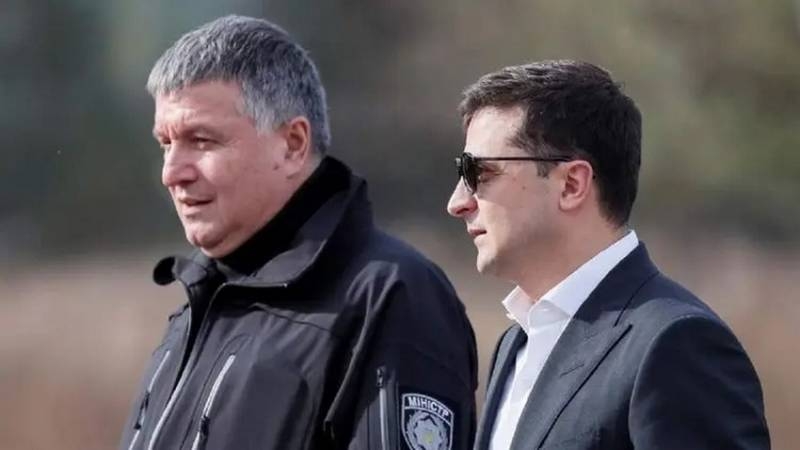 Resignation “eternal” Minister of Internal Affairs Arsen Avakov, who held this post under two Ukrainian presidents, caused an ambiguous reaction not only in Ukraine itself, but in the West. According to German journalists, with the departure of Avakov, Ukraine may lose control “over the street”.

According to the Frankfurter Allgemeine newspaper, Avakov's departure, survived five government reshuffles and a change of one president, is an “bomb”. Reason for leaving “eternal minister” Germans call “Zelensky's pressure”, but it is not exactly, there are several more versions and conjectures.

The German edition draws attention to the fact, that Avakov had subordinate units, opposed “Russian aggression” at the first stage of the war. Besides, he maintained relations with right-wing extremist organizations in Ukraine, with the help of which he controlled the situation. Now with the departure of Avakov from the holder of power “fall out” the largest nationalist organization in Ukraine – far right “Nackorpus” (banned in Russia), as well as regiment “Azov” (banned in Russia) National Guard of Ukraine. According to unofficial data, both of these entities were controlled by Avakov.

According to another German edition FAZ.NET, Avakov maintains excellent ties with Kolomoisky and their group includes several deputies from various parties.. The publication calls the reason for Avakov's resignation “too much pressure” on Zelensky and his power. The Ministry of Internal Affairs tried “press” several MPs from the party “servant of the people”, after which the minister was suspected of targeted reprisals against “party in power”.

There is another version, in which Avakova “asked us to leave” Americans, for this by sending to Ukraine the new head of the US Embassy in Ukraine, George Kent, who first of all on arrival held a meeting with the Minister of the Ministry of Internal Affairs. The reason for this decision by Washington is also not clear..

but, despite the difference in versions of Avakov's departure from the post, and Ukrainian and foreign media already predict the loss of Ukraine “street control”. The first symptoms of this can be indicated by the protest of the pensioners of the Ministry of Internal Affairs that happened the day before., requiring an increase in pensions. Perhaps these two events – resignation of Avakov and the beginning of street protests – not related in any way, but “alarm bell” already sounded.