Soviet submarine M-96 found at the bottom of the Baltic Sea, missing in 1944 year 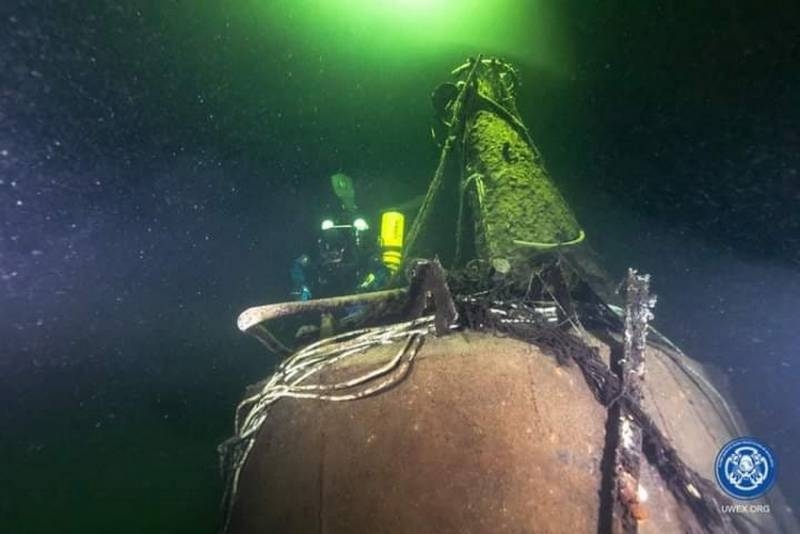 Soviet submarine M-96 discovered at the bottom of the Baltic Sea, missing in 1944 year. Submarine discovered by Russian-Estonian expedition.

As a member of the expedition Konstantin Bogdanov told, participated in the search for the submarine “Reconnaissance and diving team” and Estonian search team Maxstar Expedition. The search took place during the period 11-13 July in Narva Bay.

According to available information, submarine M-96 “baby” fought in the Baltic with 1941 years and managed to make six successful exits to the sea, mainly performing reconnaissance functions off the enemy coast and landing scouts. On its seventh and last campaign, the submarine went 7 September 1944 years and has not returned.

According to archival documents, M-96 had to overcome a minefield “Seeigel” and conduct exploration in the Narva Bay. However, the team did not get in touch in due time.. All the past years, the submarine, along with the crew in number 22 a man under the command of Lieutenant Commander Nikolai Kartashov was reported missing.

Since it was supposed, that the submarine died in minefields “Seeigel” (sea ​​urchin), then for three years she was unsuccessfully searched in the area. The entire boat course from Lavensari Island was checked (about. Powerful) until the end of the mine lines “Seeigel”, located north of Bolshoy Tyuters Island. However, they found a submarine in the Narva Strait, lying at the bottom. The studies carried out have confirmed, that it is M-96.

The submarine lies in the northern part of the Narva Bay, at a depth 42 m. Inspection showed, that the boat died on the surface, probably, when charging batteries overnight
– quotes RIA Novosti the words of Bodanov.

As previously reported, The M-96 was the last unidentified Soviet submarine on the list of missing persons in the territorial waters of modern Russia..